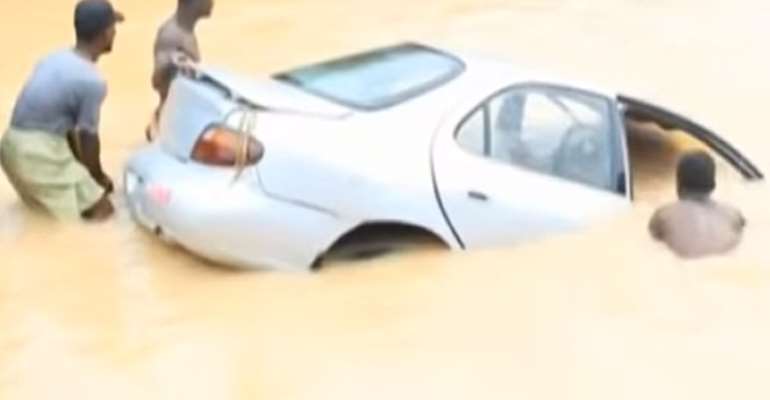 The body of a 30-year-old man was found Saturday at Esereso-Adagya in the Ashanti region in an attempt to cross floodwaters proved fatal.

The unidentified man left the company of stranded passengers in a bus that got stuck while crossing a faulty bridge in floodwaters on Friday.

His passing brings to seven the death toll on the disastrous crossings over the Adagya bridge.

Earlier in the year, six persons onboard a saloon car were fatally washed away.

The bodies retrieved included that of a boy and a woman whose identities are yet to be confirmed in the incident.

Police and fire service personnel who came to the scene could only watch on while the forces of nature ferried the vehicle and its desperate occupants further down the river Ankonim.

The river had burst its banks after an hour of rainfall and became choppy making the bridge barely visible, eyewitnesses told JoyNews.

In times like this, only bigger vehicles such as trucks stand a chance in navigating over the bridge which has developed cervices, a witness explained.

When a Sprinter bus braved through, the saloon car that followed tried to follow the deadly feat. It lost its way on the poorly hinged bridge and floated away in the currents.

The tragedy has resurrected a citizen’s push for the bride to be fixed.

According to residents, despite several promises by government and political leaders to have the bridge fixed, the danger persists.