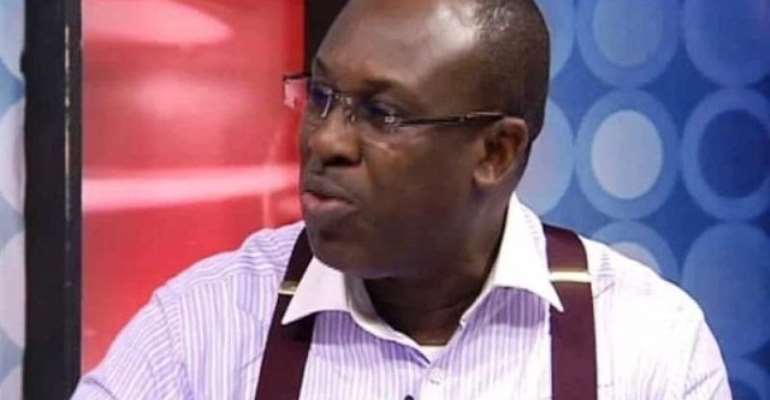 Senior Vice President of Imani Africa, a think tank, has said telecommunications companies (telcos) have done nothing wrong in passing on the 9percent Communication Service Tax (CST) to subscribers.

Kofi Bentil said in an interview on Joy FM's Super Morning Show on Monday that the tax is a consumption tax so the telcos have the right to either absorb it or pass it on to its customers.

“The telcos have done no wrong. It is a prerogative of the telcos to choose if they want to absorb a tax or not. Especially where the government chooses that the tax be a consumption tax like VAT...that by definition means the tax should be paid directly by the consumer,” he told show host, Daniel Dadzie.

The CST was increased from 6% to 9% to finance the fight against cybercrime and improve the country's cybersecurity infrastructure.

Since the 3% addition, the total 9% tax has been deducted upfront anytime subscribers recharge their credits.

The Communications Ministry has issued a directive against upfront deductions of the tax rate by the telcos and has criticised them for passing on the entire 9% to consumers.

But Mr Bentil said the telcos have been absorbing increments of taxes for a long time, but the 3% increment will make it difficult for them to continue to absorb the CST.

Mr Bentil added that the government is responsible for implementing taxes but cannot determine how the company treats the tax and should not interfere in the business of the telcos.

“The government has the right within the law to tax, but the company they tax also has the right to decide how they will treat that tax. The government cannot tell them how to do their marketing and accounting, that is not part of their tax policy,” he was categorical.

The Imani Africa Senior Vice President said: “if the government wanted the companies to absorb the tax as part of their accounting process, the government could have increased their Corporate Tax rate.”

Finance Minister, Ken Ofori-Atta, in the Supplementary Budget, announced an increase in the Communication Service Tax from 6% to 9%.

According to the Finance Minister, the increase was to help develop the foundation for a viable technology ecosystem in the county.

It will comprise putting in systems to identify and combat cybercrime, protect users of information technology, combat money laundering and other financial crimes.

Mr Ofori-Atta maintains that the share ratio would be done in a way that the National Youth Employment programmes would continue to receive the same portions as the current cycle. In 2018 the tax was first introduced at an Ad Valorem Rate of 6%.