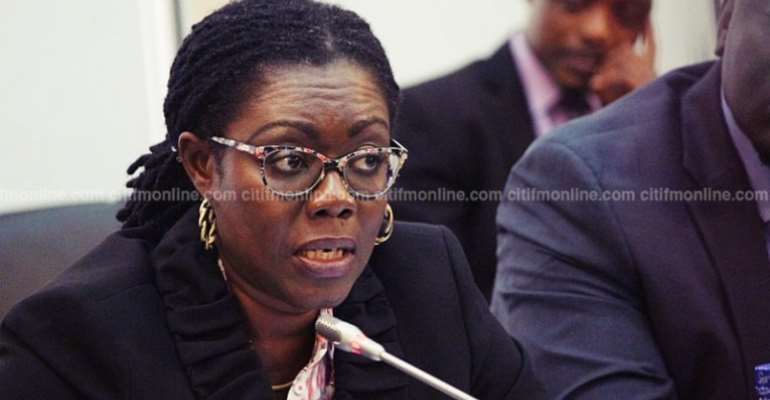 The Minister said the telcos deviated from the agreed implementation plan when it shifted the tax to the consumer.

The Ministry on Friday issued a directive for the telcos to implement to tax in the same manner as health insurance levy and the value-added tax.

This followed public outcry against the tax and the non-renewal of expired data bundles.

Addressing the media at the Information Ministry’s Meet-the-Press series, Madam Ursula Owusu said the telcos were cheating consumers with the manner they collected the tax.

“The Ministry met network operators and the regulator just a week after this tax came into effect on this unusual practice which flew in the face of industry experience. We were informed by the network operators that they took advantage of the 3% increase to pass on their entire tax to subscribers. This has effectively increased their profit margins at the expense of subscribers when there had been no other change in their operational environment,” she stated.

“Whatever they may have lost in absorbing the 6% CST, they more than made up for it by refusing to roll over credit that has been paid for by consumers but remained unused on the expiration of the bundle period. They are now effectively robbing consumers by passing on the full tax while retaining the unused data on voice bundles,” she said.

Debates on the Communication Ministry's directive

The Ministry of Communication ordered the telecommunication companies to stop the instant deduction of the CST.

“To minimize the negative impact of the current mode of deduction of the CST, the Ministry of Communications hereby directs the immediate implementation of the following measure: CST should be treated the same way VAT, NHIL, GETFUND levy and all other taxes and levies imposed on entities doing business in Ghana are treated. These extraordinary upfront deductions of CST and notification of same to the subscribers must stop with immediate effect,” it said.

This directive was captured in a letter the Ministry wrote to the National Communications Authority (NCA).

However, President of Policy think tank IMANI Africa, Franklin Cudjoe has called on telecommunications network firms to ignore the directive describing it as unfair.

In similar comments disagreeing with the order, a member of Parliament's Communication Committee, Sam George accused the Ministry of intimidating the telecommunications companies. According to him, this was “extortion on a national scale”.

He also claimed that the CST was a consumer tax and could not be treated as a corporate tax.

“What she [the communications minister] is demanding the NCA to do is to convert a consumer tax into a corporate tax. It is not backed by law,” the legislator added.

The Chairman of Parliament's Finance Committee, Dr. Mark Assibey Yeboah had previously rebuked telcos over their mode of implementation of the increment in the CST saying it was a deliberate strategy to sabotage the government.