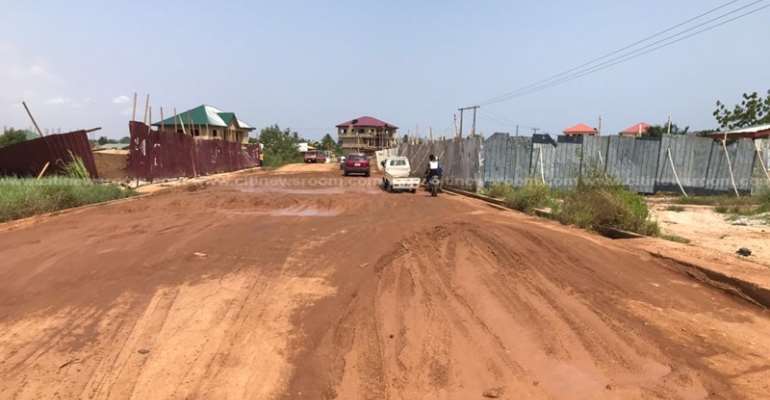 The Ministry of Finance says government is doing everything within its means to clear all debts owed road contractors.

A deputy Finance Minister, Abena Osei Asare, while speaking on the Citi Breakfast Show on Monday said the government has paid GH¢1.2 billion to road contractors in the road sector from the beginning of the year till August this year, the highest any government has paid in one financial year.

“From January to August ending, we had paid GH¢1.2 billion in the road sector alone and this is the highest ever that any government will pay in one financial year. We know we still have some debts to clear,” she said.

Abena Osei Asare added that although the government inherited a huge debt in the road sector, it is doing its best to clear all arrears.

She said contractors under the Road Fund and those under the Government of Ghana and ABFA will be paid differently.

In addition, 82% of contractors under the Road Fund projects will be paid.

“[For the] Road fund, the debt is below 1 million so we will cover 82 % of debts from the road fund alone. That is about 1,226 contractors… For the road fund, any amount above GH¢1 million, government is paying 40% of that to enable the contractor go back to site,” she said.

Abena Osei Asare added that 192 of contractors whose projects have been captured under the Annual Budget Funding Amount will also be paid soon.

“When it comes to the Annual Budget Funding Amount with the GoG amount, government is paying contractors GH¢ 5 million and the full amount on their certificates and that will also cover 80% of contractors and that is around 192 contractors.”

“[Those] above GH¢5 million, government is paying them 40% of that and that is about 48 contractors so government is really doing a lot, especially this year,” she said.

Some road contractors have abandoned sites over what they say is the non-payment of their monies by the government.

In July 2019, some of the contractors besieged the Ministry of Roads and Highways to demand payment for work done.

Some of them said they had not been paid since 2016.

The sector minister, Kwasi Amoako Atta at various gatherings have appealed to the contractors not to abandon their sites but continue to work as government mobilizes resources to pay them.