NPP Get Party Office At Akyem – Apedwa From Undisclosed Man 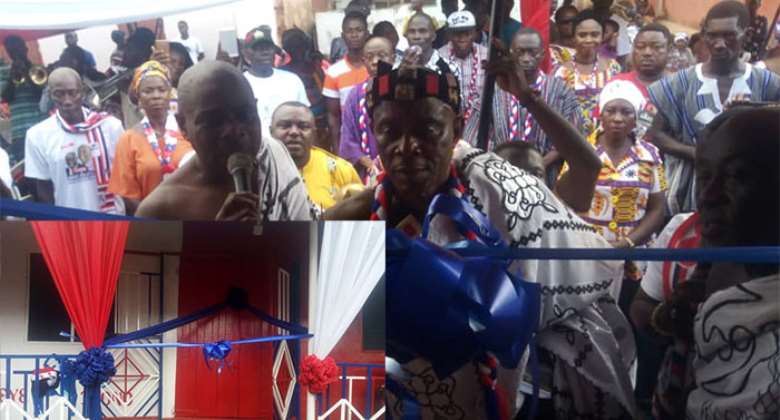 The Abuakwa South Constituency of the New Patriotic Party (NPP) in the Eastern Region has commissioned one of its offices at Akyem – Apedwa.

The refurbished office was donated to the NPP by a party faithful from the town whose name has been withheld.

Yaw Boakye, the Abuakwa South Constituency Chairman of the NPP, in his remarks at a short ceremony to officially outdoor the office complex, commended the people in the area for their support towards the NPP.

He said their support has played a key role towards the success of the party in the 2016 general elections.

He explained that the President has responded positively to the people of Apedwa having played major roles in ensuring NPP victory back in 2016 with the provision of better road networks.

He promised them of making sure that the newly formed women’s wing in Apedwa is supported to play their role effectively.