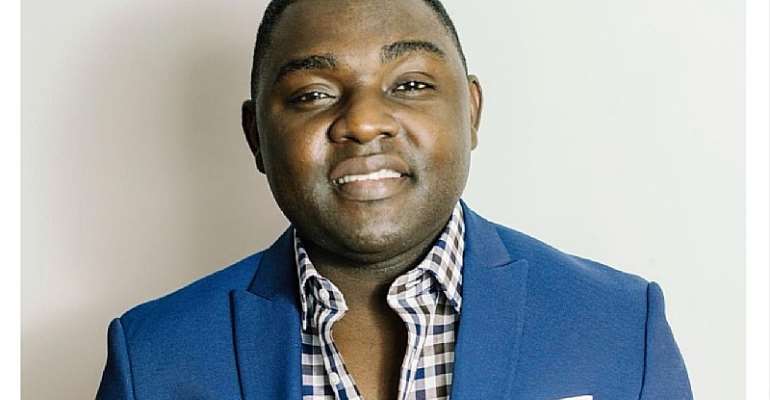 I understand he is a damn opportunist who claims membership of any political party that comes to power in Ghana. He does so with intent to acquire quick buck, as lazy and greedy individual with doubtful parentage as he supposedly is. He is known to make unfounded and unsubstantiated allegations of corruption and committals of various crimes against the person of His Excellency Nana Addo Dankwa Akufo-Addo, Kennedy Agyapong (Hon) and some Government Ministers of NPP and other government appointees.

I know very well that Ghanaian politicians and Civil Service personnel are potential criminals who will not hesitate to shamelessly indulge in malfeasance when the opportunity does present itself. However, to try to criminalise someone without evidence, but for the sake of your self-serving political agenda, or having been paid by the person's enemy or political rival to do so is preposterous, to say the least. Such is the personality of Kevin Ekow Baidoo Taylor, a social media fantasist dwelling in the USA.

How I wish no one sent me again any of his spurious weekly postings as they annoy me. He continuously claims to be furnishing the public with supporting evidence to his allegations against his victims sooner but he never does. Why then should I continue to listen to such an inimical liar?

The difference between him and Kennedy is as wide as the Atlantic ocean when it comes to substantiating allegations made. While Kennedy easily makes documental evidence available to support his assertions, Kevin keeps promising to make such materials available to the public but he never does. He procrastinates. That shows the level of how a liar he is, the trait of a lowlife.

He has been accusing Kennedy of having a hand in the murders of Ahmed Suale, J. B. Danquah Adu (MP), of being a cocaine dealer, the source of his enviable great riches and any silly accusation that triggers his probably diseased grey matter in his oblong cranium. He claims to have evidence which he would tender in public but he never does. What a nutter!

In one of his postings, he said to have reported Kennedy to the Federal Bureau of Investigations (FBI) in America over Kennedy's involvement in the deaths of the mentioned assassinated Ghanaians as well as dealing in cocaine. He said he had done so with evidence. Why did he not lodge same complaints against Kennedy with copies of his claimed authentic proofs with the Ghana security agencies since most of the alleged crimes were committed in Ghana?

He thinks he can hide to make such serious but porous claims for discerning Ghanaians to believe him. He will only be believed by little-minded persons and his paymasters.

I challenge Kevin to make his material evidence incriminating Kennedy Agyapong of the crimes he levels against him public within days of this publication or else he had better shut up and recoil into his lair for good.

I trust Kennedy with the passage of time will come out with proofs of payments being made to Kevin by whoever has tasked him to tarnish the reputation of his targets, because of the obvious dirty politicking ongoing in Ghana.

Let me tell Kevin about the secret source of Kennedy Agyapong's wealth. It comes from the fact he does good to the poor and the needy. He cares for orphans and widows. And, he is a businessman who has companies or farms, therefore creating more jobs for thousands of people. Doing good to the poor and needy has biblical roots of prosperity to those who do that. Such people end up greatly blessed with riches by God. Research it and you shall find, Kevin the Greatest Liar.

Kevin can never rob shoulders with Kennedy come to the question of criminal investigations and honesty!

If those Kevin attacks are corrupt and criminals as he asserts, then fine with me. However, to do so just to tarnish their reputation, or for the simple fact that he has been paid to character-assassinate them for mere political expediency, then I have a problem with the guy. Kevin, produce your credible evidence and I shall fight your corner. If you have none but just throwing dust into people's eyes for your selfish interests, then please stop.