Is COP Kofi Boakye Serious about Fighting Corruption Within the Police Force? 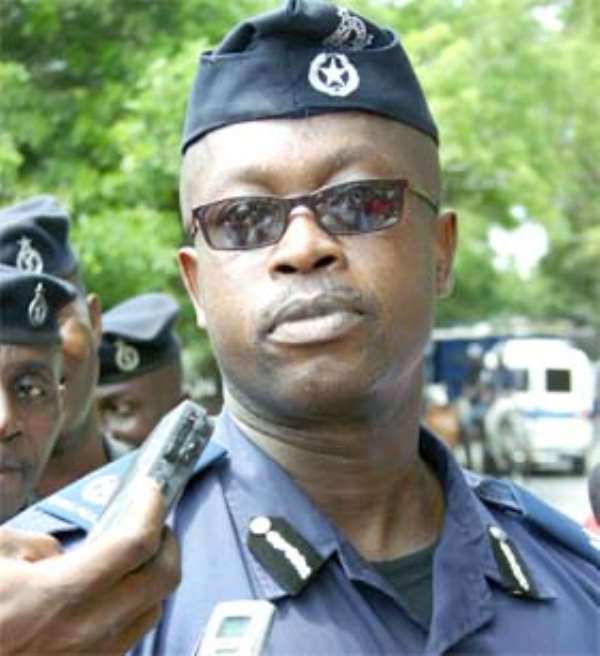 Following a bold declaration by the Director-General of Police in charge of Research and Planning, COP Nathan Kofi Boakye, encouraging the public to report errant and corrupt police officers for action to be taken against them, I have decided to put out this publication. His proclamation made, and published in the Ghanaian print and electronic media under the headline, " Kofi Boakye Declares Zero Tolerance For Corruption, Indiscipline In Police Service", I find it a courageous good step taken in the right direction.

Read More: Kofi Boakye Declares Zero Tolerance For Corruption, Indiscipline In Police Service
However, is it not going to be one of the usual audacious declarations made by our political and security forces leaders which are never followed through but are made to die the same moment they are made? For all these years that COP Kofi Boakye has been holding higher positions in the police force, seeing and hearing about the corruption within the police force, why should it take him this long to come out with his serious intent and readiness to fight that eyesore stain in the Ghana police force?

Anyway, half a loaf is better than none. I shall appreciate his request to the public to report the bad nuts among the police force to help restore the credibility that the police have lost due to their fondness for not only forcibly exacting bribe from people, but flagrantly abusing some of the very laws they are required to enforce. Some police officers have been caught involved in armed robberies, scandalously intimidating the public and physically laying their hands on people arrested by them for committing crimes, contrary to the laws prohibiting such lawless acts.

Some of these officers by virtue of the police uniform they wear, think they are above the laws they are required to enforce to bring peace and order into the country. To be frank with COP Nathan Kofi Boakye, he is not an exception. Nevertheless, I am happy that he has realised his mistakes and that of his colleagues hence calling on the public to step in to assist them uproot that canker from the police force.

It is very disgusting to see these police officers overtly taking bribes from motorists on our roads, as though it is their right and even not a privilege, to do that. I have had run-ins with some of these officers and the last time I did so was in March 2019. I had to challenge a police officer seen openly taking GHS5.00 bribe from a passenger bus (passenger car as said in Ghana) driver on the stretch of road between Ejisu-Krapa-Kwamo on the Kumasi-Accra road. I published an article about this when I returned to London.

These nefarious acts by the police contribute immensely to the motor accidents on Ghana roads as well as the ramifications of crimes of all types in Ghana.

Going forward, how do we report the corrupt officers to the police? Where is the phone and/or address contact on which we can report erring police officers? What sorts of evidence do you require from anyone reporting an officer caught indulging in a crime? Can we safely use our modern electronic gadgets and smart phones to record them when they are in the act of taking bribes or doing other illegal things? Do we have a protection against these officers for them not putting their hands on us when we are either secretly or openly gathering evidence when they are taking say, bribes, by video -recording them?

Ghanaians, please let us take advantage of this to help fight corruption in Ghana. Once we get the police to stop their infatuation with engagement in acts of bribery to become more professional and a credible force, we would have won about 20% of our fight against official, but baneful, corruption, in Ghana.

May I take this opportunity to advise my fellow Ghanaians, especially the Ghanaian "burgers" who are fearless and often stand their ground against police corruption and brutalities, to avail themselves of this unique opportunity to expunge corruption from the police force? We need to purchase for ourselves and friends and families back home electronic gadgets they can use to secretly gather evidence of police corruption to report to COP Kofi Boakye and whatever outfit he has created for that purpose.

How I hope what he has said was not just a publicity stunt.

By this publication, I have taken COP Kofi Boakye seriously, and thrown a challenge to him to abide by his words and promise, but not to turn back to swallow his sputum when people begin to honestly report corrupt officers to him, or to whichever office will be in charge of such reporting. Weeding corruption out of the police force has dawned with the declaration by COP Kofi Boakye. Therefore, COP Kofi Boakye is taken to task by his own declaration as explained above.