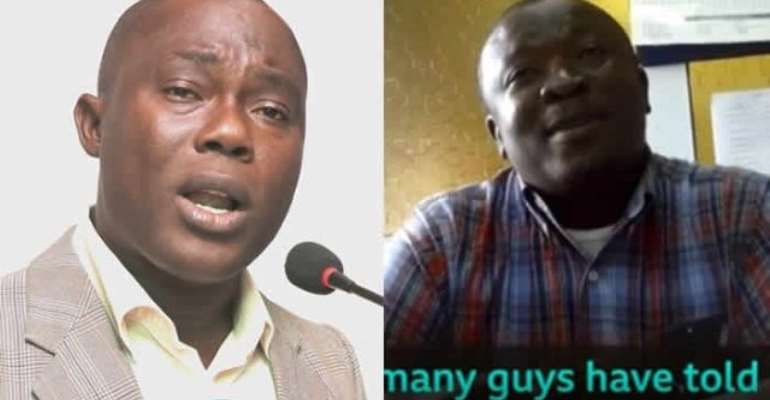 Following the recent interdiction, actually suspension, of Professors Ransford Gyampo and Paul Butakor, of the country’s flagship academy, the University of Ghana, on charges of sexual harassment, the Gender, Children and Social Protection Minister, Ms. Cynthia Mamle Morrison, made a press statement that was clearly intended to constructively advise male professional adults who may be sexually attracted to either some of their female colleagues or students to conduct themselves in the most appropriate and least provocative and undesirable manner. The problem with her advisory, though, is that Ms. Morrison clearly and pathetically does not seem to remarkably appreciate the stark and glaring fact that the very criminal act of sexual harassment has far less to do with romance or the healthy pursuit of heterosexual and mutually sanctioned liaisons or relationships than it inescapably is about the raw abuse of power and/or influence for the sexual exploitation of the relatively powerless and most vulnerable in such institutional settings as academia and the corporate establishment.

It has absolutely nothing, whatsoever, to do with romance or the civilized negotiation of conjugal relationships (See “Stop the Sexual Harassment, Propose If You Have an Interest – Gender Minister to Men” Videoclip, Ghanaweb.com 10/9/19). In the brief afore-referenced videoclip embedded into the website of Ghanaweb.com, the Gender and Social Protection Minister was seen and heard making the following statement: “If you are interested in a girl, propose to her. If she likes it, she’d accept it. If she doesn’t like it, she goes away and you go your way, and you look for another one.” Ms. Morrison clearly fails to fully appreciate the fact that in an institutional setting, such as was reportedly captured by the British Broadcasting Corporation (BBC), involving Messrs. Gyampo and Butakor, the target/targets of sexual abuse, unwanted sexual advances and/or harassment cannot simply vanish into thin air, in the case of the female student, she may have to face her predator in the classroom or the lecture theater for the better part of a semester, however long it takes.

The female target/victim is also faced with the psychological torment of the possibility of receiving a grade that she very likely was awarded based far less on the quality of her academic performance than on the manner of her response or responses to the unwanted sexual advances of her professor. In sum, she would literally be trapped for the duration of the class or course. In some instances of professorial dearth or faculty staffing shortages, whereby the harasser may happen to be teaching more than one required course, the target or victim of sexual harassment may be in for a protracted stressful psychological experience or trauma that could possibly last for quite a considerable while, if not a lifetime, unless, of course, there happen to healthily exist credible and efficient institutional structures to promptly and effectively remedy this universally prevalent human relations problem. Among the prominent and distinguished male academics once caught in the mesh of sexual harassment accusations is the late Prof. Derek Walcott, the 1992 Nobel Literature Laureate.

There is another side to this sticky problem, and it is the fact that on occasion such instance or instances of sexual harassment may be collaborative, with at least two colleagues or faculty members ganging up against the target of abuse or harassment. I have personally been drawn into such situation before; that was some 23 years ago, on one of the community college campuses of the City University of New York (CUNY), several months before I secured my present job. In this particular instance, the issue was not directly one of unwanted sexual advance or advances; rather, it was about a contest-of-wills between two women, a student and a professor, one Black and one Asian. In the end, I had to promptly report the matter to the Chairperson of my department, then called the Department of College Writing Skills, or some such institutional adjunct to the English Department of that college.

I was involved in what was then called a Learning Community Class, an English language-enrichment program that had three components to it, with three different instructors teaching it collaboratively but individually and on separate teaching schedules. I was assigned to teach the literature component of the course, while my two other colleagues, respectively, taught the grammar and the composition components of the course, as I vividly recall. In the end, the student involved in the fractious situation with the professor had to be transferred from that component of the course. I was new to the college so, I suppose, the colleague having a problem with the student erroneously thought she could readily solicit my support to further her own agenda of teaching this very rude student “an unforgettable lesson.”

There are quite effective and constructive ways of getting these purely human problems promptly resolved. Unfortunately, reading and listening to much of the debate raging over the recently scrapped or abandoned Comprehensive Sexuality Education (CSE) program, one sadly and disturbingly get the wistful impression that the morally regressive forces in Ghanaian society – the most polite descriptor for this group of morally and culturally retarded citizen-critics is “conservatives” – appear to be too scandalously powerful to make the timely implementation of socio-culturally vanguard, visionary and progressive programs as the CSE curricular initiative a horrid nightmare. There may still be hope on the horizon in the offing.