How Powerful is a Chief Justice in the Delivery of Justice and inthe Development of Ghana? 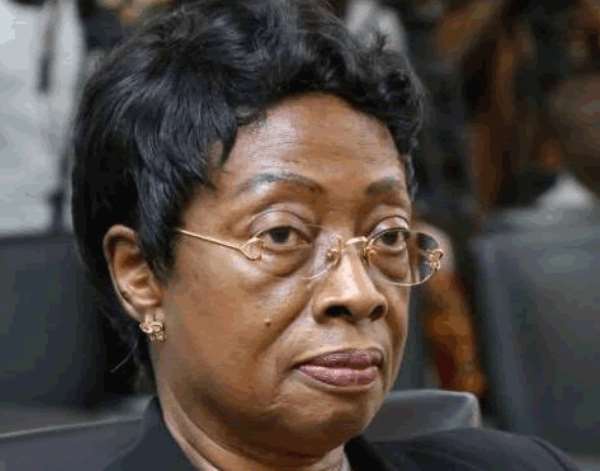 A Chief Justice is the head of the third arm of government, that is, the judiciary. Much as the judiciary interprets the laws as made by the second arm of government, the legislature, it is responsible for the oversight of the executive branch of government and the citizens conforming to the tenets of the nation's constitution. In a nutshell, the judiciary act as a check on both the executive and the legislature to ensure a balance, and prevalence of justice, honesty and respect in the performance of their duties to the collective benefit of the citizenry.

This goes to tell how powerful the Chief Justice is if he/she is the head of such a powerful arm of government. A judge of any status, in the execution of their duties, interpreting the laws and delivering justice, has the power to condemn even the most powerful person in the country to a jail term or a fine, if such a person is found guilty of a crime, according to the facts and abundance of credible evidence submitted to the court. Subsequently, a Chief Justice, if they really worth their salt, has the power of "make or break" when discharging their functions as may be stipulated in the constitution.

The Chief Justice appoints judges to preside over certain serious cases apart from ensuring and supervising the transfers of judges throughout the country according to their delegation of powers. They are there to guarantee the prevalence of peace and justice in the country, working in conjunction with the other law enforcement agents like the police, BNI, National Security, etc. Without a marked level of prevalence of law and justice in the country, there cannot be the needed peace to culminate in trustworthiness and tranquil atmosphere to engender economic development and nation building.

Who in their right mind, would like to invest their hard-earned money in a country where corruption is the daily staple of the people, especially, when such corruption is spearheaded not only by the government appointees but also, the judiciary? When the judiciary become conspicuously corrupt, as is ongoing in Ghana; intentionally delaying the hearing and ruling on cases with the probable ulterior motive of waiting for which party of the litigants could pay them higher bribe to produce verdict in their favour, how can investors come into the country? Without investors investing their money in the economy, the creation of jobs for the people, especially the youth, becomes near non-existent.

Without jobs for the people to enable the government raise much needed income from them through payments of income tax, etc., the government finds it difficult to carry out many essential developments in the nation to meet the needs of the citizens. With corruption abounding, resulting from the judges not speeding up the trial of cases but lackadaisically unprofessionally going about their duties, lawlessness perpetrated by the rank and file becomes the order of the day to the detriment of the society and the people therein.

Corruption has a ripple effect on the development of the country.

When the head is sound, the whole body will be sound. Should the nation's court justices be fair and firm in deciding cases on the merit of the facts and evidence submitted to court, but not on the influence of bribery and whom you know, lawlessness will be greatly curtailed to create the conducive atmosphere for peace and economic development to take place to the admiration of the majority of, if not all, Ghanaians.

What is the responsibility or the requirement of a Chief Justice when they become aware of the actual situation on the ground, as in judges and the workers within the judicial system accepting bribes to cause not only injustice to innocent persons, but the visitation of all the attendant problems of corruption on the people? Are the Chief Justices not vested with the power to discipline erring judges and staff members of the judicial system through suspension from their duty, investigations, prosecution and conviction? If they have this power, why don't they exercise it but always sit nonchalantly with arms folded around their chest, and at worst bemoaning the deplorable attitudes by the judges and the judicial staff members?

In Ghana, court registrars are well known for "magically" causing the disappearance of vital evidential documents from litigants' files or dockets with intent to make a party in a litigation lose their case. What are the Chief Justices doing about such corrupt court staff?

The fact that the Chief Justices are not sacking those judges and judicial staff members for their gross acts of corruption to serve as deterrence to others, corruption and injustice will continue to reign to the detriment of the Ghanaian society.

I personally challenge Ghana Chief Justices to prove me wrong that their failure to act professionally firm and fair is not the cause of the prevalence of injustices, corruption and obvious abundance of lawlessness currently engulfing the country similarly as the Bermuda Triangle mysteriously swallows ships etc., coming within its sphere of influence.

What positive steps are Ghana Chief Justices taking to redress the problems of corruption some of which are allegedly masterminded or orchestrated by those within the judicial system?

I do not have to publish a scholarly thesis to persuade fellow Ghanaians to side with me on the fact the nation's Chief Justices in recent times have let the country down through their failure to punish their kind that indulges in ruinous acts of corruption to bring about the teeming lawlessness always facing the country and the citizenry. How can a person stealing a fowl, a sheep or a basketful of farm produce go to jail for about five years whilst a government appointee or a civil servant embezzling millions of Ghana Cedis walks a free person in the country? Is it normal?

Does the Chief Justice not have the right of power to make court rules regarding the categorization and duration of hearing and determining cases brought before the court rather than leaving them at the discretion of our allegedly corrupt judges to milk innocent persons dry through incessant and lengthy postponements?

I will rest my case for now, only to be continued later if things continued to stay in same deplorable state.