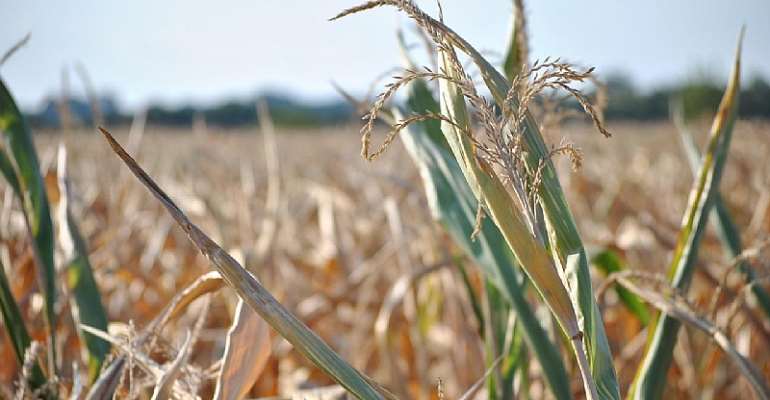 Tens of thousands of pastoral farmers who have been driven off their land to make way for commercial cattle ranches have been exposed to a greater risk of hunger and starvation as drought grips southern Angola according to a new report published by Amnesty International today.

The end of cattle’s paradise: How diversion of land for ranches eroded food security in the Gambos calls on the Angolan government to immediately provide emergency food assistance to the communities facing hunger, declare a moratorium on land grants, and appoint a commission of inquiry to investigate how 46 commercial farms ended up with two-thirds of the best grazing land in Tunda dos Gambos and Vale de Chimbolela since the end of civil war in 2002.

“The current drought in Angola has exposed the devastating impact of commercial cattle farming on communities in Gambos. Traditional cattle farmers have lost their best grazing land and now watch helplessly as their children and families go to bed on empty stomachs,” said Deprose Muchena, Amnesty International’s Regional Director for Southern Africa.

“The government has failed to protect the rights of these communities - in particular, their right to food. They have been left to scratch a living from infertile, unproductive land – and now as the drought tightens its grip - they have simply been left with nothing to eat.”

The report shows that hunger and starvation are rife among the Vanyaneke and Ovaherero people living in the Gambos. Colloquially this region is known as Angola’s “milk region” because cattle rearing and milk production have been central to the economy and way of life of people here.

Forced to eat leaves to survive While the semi-arid Gambos region is prone to cyclical droughts, Amnesty International found that traditional cattle breeders and their families are struggling to produce food for themselves after communal grazing land, which once mitigated against the impact of drought, was allocated by the government to commercial cattle farmers.

As a result, pastoralists are left with insufficient and unproductive land for growing food and grazing their cattle. Milk, cheese, yoghurt and meat production is the main source of their livelihoods.

Families told Amnesty International researchers that the situation is now so dire that they had resorted to eating wild leaves. Many said they suffer with sickness and diarrhea and have also developed skin conditions such as scabies due to water scarcity and poor hygienic conditions.

One pastoralist told Amnesty International that: “There is not enough milk anymore. So, we the grown-ups have given up drinking milk so that the children can still have some. As you can see, we do not look healthy and strong as we used to be. We are skinny and weak.”

Another pastoralist said that: “These days many people are becoming very sick because of hunger. Sometimes we go to Chiange to sell firewood so that we can buy some food. There is someone who died here because of hunger.”

Grazing and farming land taken away from communities

According to the government, there are now 46 commercial livestock farms occupying 2,629km2 of the most fertile land, leaving only 1,299km2 of grazing land for the traditional cattle breeders. This translates to 67% of the land occupied by commercial farmers, leaving pastoralists with only 33% of the land.

Amnesty International found that the land, used for centuries as communal grazing land by pastoralists from southern Angola’s Cunene, Huila, and Namibe provinces, was taken away from communities without due process.

Despite this, the government has allowed commercial livestock farmers to occupy the Tunda dos Gambos and Vale de Chimbolela without giving local communities any form of compensation, clearly violating the country’s law.

Under the country’s constitution, there must be full consultations with affected communities before their land is taken away. However, the Angolan government allowed commercial farmers to take grazing land from the pastoralists without any consultation.

“In failing to protect this communal grazing land from commercial interests, the Angolan government has failed to protect the very same people that it claims its legitimacy to govern,” said Deprose Muchena.

Angola has ratified regional and international laws that guarantee and protect the right to food for all its people. By ratifying these laws, the country has committed to ensuring the provision of “adequate food and safe drinking water.” This requires the government to take all reasonable measures to help people to access nutrition.

Amnesty International is calling on the Angolan government to issue reparations to affected communities, and to take immediate steps to address food insecurity in the Gambos.

Background The report (put link here) documents large-scale diversion of land to commercial farmers in the Gambos municipality in Huila province, southern Angola, and its impact on the right to food of the pastoralists’ community.

Amnesty International undertook two research missions to the Gambos in February 2018 and March 2019 and interviewed dozens of women and men who have been directly affected by the diversion of land for commercial cattle farming. The organization also interviewed local civil society groups.

In addition, the organization analyzed satellite images to determine the progressive increase of the land’s use for commercial livestock farming and the resulting shrinking of grazing land for the pastoralists’ livestock at Tunda dos Gambos, between 1990 and 2018.