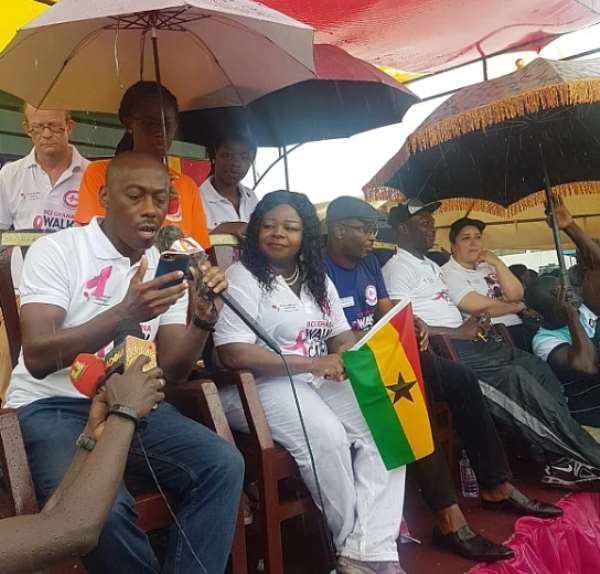 Delta Airlines, for the fourth consecutive time, has supported Breast Care International’s Walk For The Cure awareness campaign in Ghana.

The event celebrates survivors, shares their stories, and sheds light where shame existed before.

Over 40,000 people including survivors and supporters took to the principal streets of Cape Coast for the annual 2019 “BCI Ghana Walk for the Cure” event.

The Cape Coast event is the ninth in the series. The walk, now a permanent annual feature, premiered from the Ashanti regional capital, Kumasi, in 2011 with a repeat performance the following year.

Sidoine Rodrigues, Accra Airport Manager of Delta Air Lines who attended the walk with his team said “We’re proud that our partnership is enabling BCI to reach women and men in rural communities who wouldn’t otherwise have access to screening programmes or be able to seek treatment”.

He added that through Delta’s partnership, BCI is able to educate over 50,000 people each year, screening on average of 10,000 people during that same period.

Commenting on Delta’s continuous support he said “I and my 80,000 colleagues worldwide are passionate about this cause. This is why we have a special pink plane with an image of the iconic pink ribbon. Delta employees and customers have raised $16.8 million for breast cancer charities since 2005. This has funded the work of 67 different research projects in the pursuit of eradicating breast cancer.”

He encouraged everyone present to take advantage of the services BCI is providing at the event and in the regions.

He also thanked BCI for its continuous commitment to fighting breast cancer in Ghana and thanked everyone who made it for the walk.