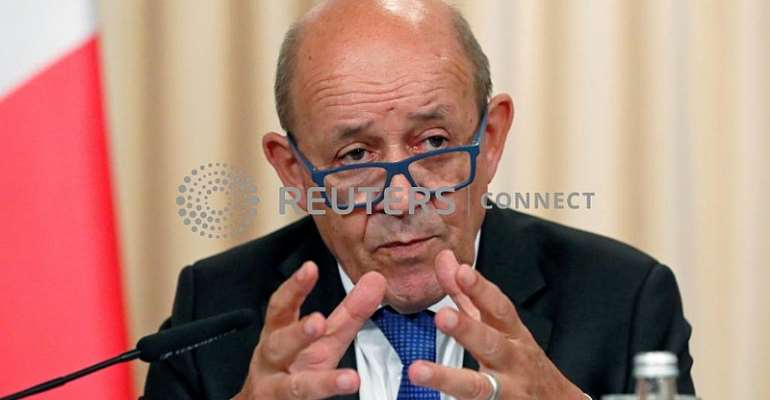 French Foreign Minister Jean-Yves Le Drian has scrapped plans to attend a football match between France and Turkey this Monday in what is expected to be a tense game as Ankara presses its military operation in Syria.

Coaches on both sides have urged the focus to be on football and not politics in the Euro 2020 qualifying clash to be played at the Stade de France in Paris.

The match comes as the offensive by Turkey and its Syrian allies against Kurdish forces in northern Syria exacerbates strains with Europe and prompts large protests by Kurds, including in France.

"The minister had been due to attend but he decided not to go," said a source close to Le Drian, without giving further details.

Security concerns
Police are planning a reinforced security presence at the game, which is expected to be attended by some 78,000 spectators including 3,800 Turkish fans.

As well as the risk of possible protests inside and outside the stadium, the conduct of the players will also be under close scrutiny.

UEFA, which prohibits references to politics on the pitch, has said it will examine reports that Turkish players performed a military salute in their Euro 2020 qualifier against Albania earlier this month.

Sporting tensions between Turkey and France were already fuelled in June when some Turkish supporters whistled over the French national anthem during the clash in the Turkish city of Konya, which ended in a 2-0 win for Turkey against the World Cup holders.

Conservative call for match to be cancelled
Some French conservative politicians have even called for the game to be called off.

"It is unthinkable that the Turkish players do the military salute on our soil or that the Marseillaise be whistled over tonight," he wrote on Twitter.

An MP for the right-wing Republicans (LR) party Eric Ciotti also called for the match to be suspended "for reasons of security given the tensions that exist."

The game is set to be tense even on pure footballing terms.

With three games to go in the Euro 2020 qualifying campaign the two sides have 18 points each. But Turkey top the group on the head-to-head rule.