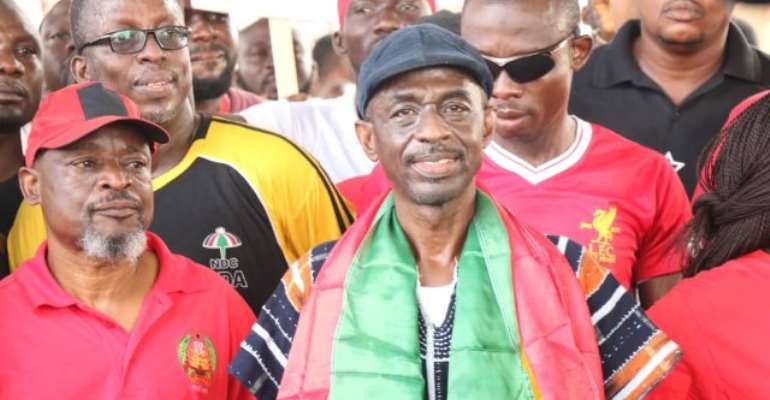 The National Democratic Congress (NDC) outclassed the New Patriotic Party (NPP) at Hohoe in the Volta Region during the funeral of the late Mrs. Esther Dey, a sister of the Energy Minister, John Peter Amewu, which took place on October 5, this year.

The NDC was heavily represented at the funeral, led by its General Secretary, Mr. Johnson Asiedu Nketia, and other prominent personalities of the party in the region.

The funeral, which had nearly become an NPP event, quickly changed status when the NDC gurus stormed the grounds and fraternized with the mourners.

Mr. Nketia exchanged greetings and pleasantries with almost all the NPP bigwigs, who were at the funeral.

The mannerism of the NDC forced those with NPP paraphernalia at the funeral to run for cover because the occasion was not for party activism but rather for mourning.

The funeral itself had top level representatives from the government, the Asantehene, the Okyehene, private business people and politicians in attendance.

The late Esther Dey, popularly known as Nee Amewu-Duglu, died on August 12, this year, at the Tema General Hospital.

She left behind her husband, Venance Dey, and two daughters, Maira Dey and Christabel Dey.