US Opioid Crisis – The Role Of Science 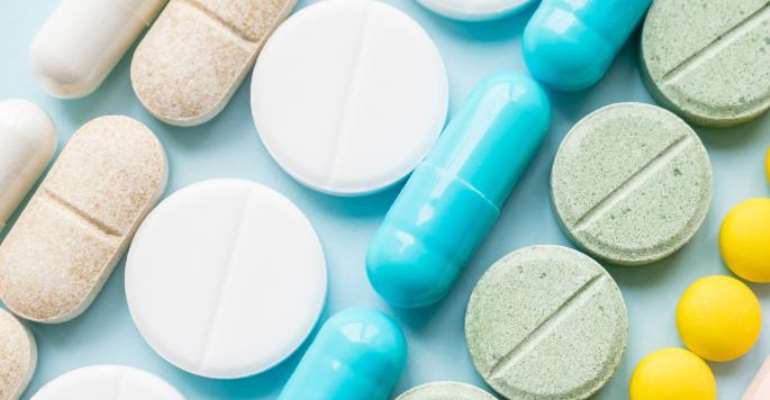 “The findings of this systematic review suggest that proper management of a type of strong painkiller (opioids) in well‐selected patients with no history of substance addiction or abuse can lead to long‐term pain relief for some patients with a very small (though not zero) risk of developing addiction, abuse, or other serious side effects.”

“Among the studies where addiction or addiction and abuse rates are specifically reported, the total event rate is 0.27% (7/2613). If we assume that there were in fact no cases of addiction among the studies that did not report whether addiction occurred (as it seems likely that such an important adverse event would be reported if it were observed), then the rate is 0.14% (7/4884).”

“However, the rate of observed signs of opioid addiction was extremely low in the body of evidence considered in this review (0.27%, conservatively). This rate would be 0.14% if no addictive behaviors occurred among the studies that did not mention addiction rates at all.”

Meta-studies do not collect data of their own but take up and summarize other studies according to suitable criteria. So here's the summary: everything under control?

Definitely not. The cause of the opioid crisis in the US was the overtreatment of patients with highly addictive opioids, see below. After recovery, the patients were addicted. And this took place over decades.

The conclusion of this 2010 meta-study that opioids have a certain, but extremely low, addictive potential expresses a broad consensus of science. On the one hand, this consensus is reflected in the enormous number of prescribed pills, cf.

“America’s largest drug companies saturated the country with 76 billion oxycodone and hydrocodone pain pills from 2006 through 2012 as the nation’s deadliest drug epidemic spun out of control, according to previously undisclosed company data released as part of the largest civil action in U.S. history.”

These were all regularly and within the consensus(!) prescribed opioids. On this and on the origin of the opioid crisis cf. also,

“More than 191 million opioid prescriptions were dispensed to American patients in 2017 - with wide variation across states.”

“Anyone who takes prescription opioids can become addicted to them. In fact, as many as one in four patients receiving long-term opioid therapy in a primary care setting struggles with opioid addiction.4,5,6 Once addicted, it can be hard to stop. In 2016, more than 11.5 million Americans reported misusing prescription opioids in the past year.”

On the other hand, the broad consensus is reflected in the WHO Guidelines from 2011 and 2012, cf.

“Opioid analgesics, if prescribed in accordance with established dosage regimens, are known to be safe and there is no need to fear accidental death or dependence. A systematic review of research papers concludes that only 0.43% of patients with no previous history of substance abuse treated with opioid analgesics to relieve pain abused their medication and only 0.05% developed dependence syndrome (49).”

“Unfortunately, fear and lack of knowledge about the use of opioids in children as well as in adults are often a barrier to the relief of pain.”

“Countries should review, and if neccessary, revise their policies and regulations to ensure availability and accessibility of opioid analgesics for the relief of moderate to severe pain in children in order to enable health-care professionals to provide adequate pain relief in accordance with these guidelines.”

Recommendations
21. Health professionals will be allowed to handle opioids within their scope of practice or professional role based on their general professional licence without any additional licensing requirements.

22. In addition, countries may consider, subject to their situation, allowing other professions to diagnose, prescribe, administer and/or dispense opioids for reasons of flexibility, efficiency, increased coverage of services and/or improved quality of care.”

Anyone who wants to, should be able to administer opioids, WHO as of 2012.

“WHO takes very seriously concerns recently raised about the development of its 2011 guidance “Ensuring balance in national policies on controlled substances: Guidance for availability and accessibility of controlled medicines”, as well as its 2012 “WHO guidelines on the pharmacological treatment of persisting pain in children with medical illnesses”. WHO is discontinuing these guidelines in light of new scientific evidence that has emerged since the time of their publication. This will also address any issues of conflicts of interest of the experts that have been raised.”

What does "in light of new scientific evidence" mean in 2019? Does this refer to the 10-line publication from 1980, which is allegedly the cause of the opioid crisis, because it had been supposedly cited 600+ times in the wrong context? Cf.

“We conclude that despite widespread use of narcotic drugs in hospitals, the development of addiction is rare in medical patients with no history of addiction.”

Thus, for 30+ years there was no new insight?
What happens to the authors of these studies and guidelines "in light of new scientific evidence"? Nothing. The statement is: We know better now and are aware that there is a problem with opioids.

What does that say about the so-called research? How much dissenting research had been allowed? Who from the consensus supported theory-falsifying experiments? Had more dissent been healthier for the patients in the end?

Meanwhile, the general public has understood that there are big problems with opioids. The reaction to this is to save science by using hairsplitting terminology and the artificial distinction between "drug dependence", "drug sensitivity", "drug addiction" and "drug tolerance".

For the patient, this distinction is irrelevant. It will work for the statistics - according to scientific standards, or more precisely, according to the respective "scientific" consensus.

Science today is a dense, close-knit network of interdependencies and alliances, including industry, interwoven in the ongoing dispute over research funding and the constant search for supporters of one's own cause and suitable reviewers for one's own research grants. Particularly in biomedicine, the earliest possible commercialization of the results stands in the foreground as the "objective" expression of scientific expertise.

So-called expert commissions (mostly with very close industry contacts) and their consensus decisions play a big role here. Try to say something against the agreed consensus in this environment. However, consensus is always an expression of not knowing the causes and that one must agree on the result.

It is doubtful that science can free itself from this on its own. But who outside science would criticize an expert consensus? Who could do that, after all, they are the experts?

ASEPA to sue Presidency for withholding info on petition for...
23 minutes ago