MMDAs To Cough Up Misused PWDs Cash Within A Week 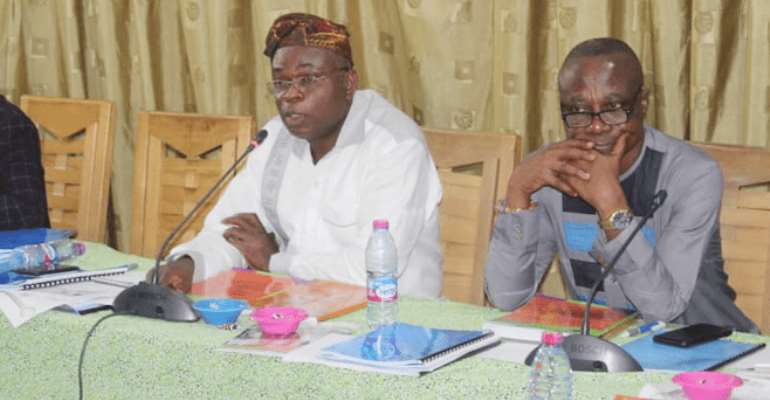 A week-long public hearing by the Public Accounts Committee (PAC) of Parliament in Tamale has revealed misappropriation of disability funds by metropolitan, municipal and district assemblies (MMDAs) in the Northern, Savannah and North East regions.

This came to light as some officials of the MMDAs who appeared before the PAC at a sitting in Tamale last Thursday fumbled to answer questions about the expenditure of their respective assemblies.

While some MMDAs managed to defend themselves with the appropriate documents, others could not defend and were given a week’s ultimatum to refund money they spent that could not be accounted for.

For instance, it was discovered that the Mion District Assembly took an amount of GH¢34,100 from the disability fund in 2015 without refunding.

The District Chief Executive (DCE), Mr Mohammed Hashmin, claimed an amount of GH¢27,600 was outstanding but checks by members of the committee revealed that no amount had been refunded to the disability fund.

Also, the committee raised concern about an unsupported payment of GH¢21,169 made by the Saboba District Assembly without the necessary documentation but officials claimed that the documents were provided recently before the auditing was done.

A number of adverse findings were also made against the Tamale Metropolitan Assembly and the Mamprugu/Moaduri District Assembly, including procurement breaches and the lack of provision of the necessary documentation for all payments made within the period.

Reacting to the development, the Chairman of the Committee, Mr James Klutsey Avedzi, directed the Mion District Assembly to as a matter of urgency refund the Disability Fund and submit the payment documents for the auditors’ verification or face surcharge.

He could not understand why funds meant to be disbursed to Persons With Disability (PWDs) were being used by assemblies for other purposes.

"We are giving you one week to go and do the refund and let the auditors come to verify to be sure you have actually given back the money to the PWDs," he stated.

Mr Avedzi advised heads of public sector institutions to comply with the laws of the country to ensure accountability and prevent financial malfeasance and other impropriety.

The week-long public hearings were meant to look into the 2016 Audited Accounts of MMDAs, tertiary and second cycle institutions.