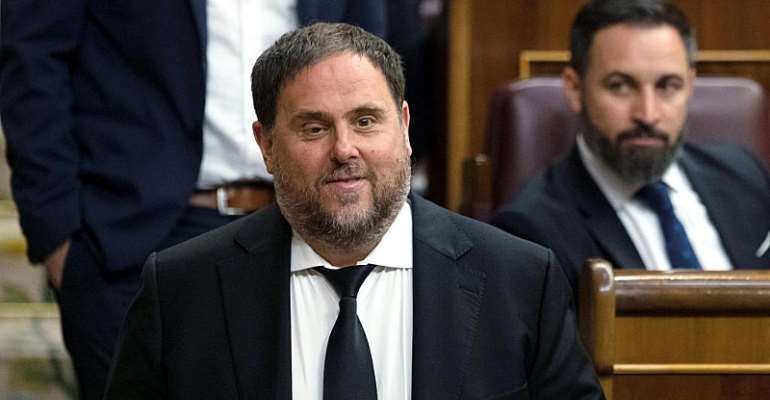 Spain's Supreme Court has sentenced nine Catalan leaders to prison terms ranging from nine to 13 years for sedition and misuse of public funds for their role in a failed 2017 independence bid.

The sentences were lower than demanded by the prosecution which had sought up to 25 years behind bars for former Catalan Vice President Oriol Junqueras.

"The Supreme Court has condemned Oriel Junqueras to 13 years in prison... on grounds of sedition and the misuse of public funds," the ruling said, handing 12 years to three other former regional ministers.

"100 years in all. An outrage. Now more than ever, by your side and those of your families. It is time to react as never before," tweeted Puigdemont, who fled to Belgium to avoid prosecution.

"We will come back even stronger," says main Catalan defendant Junqueras.