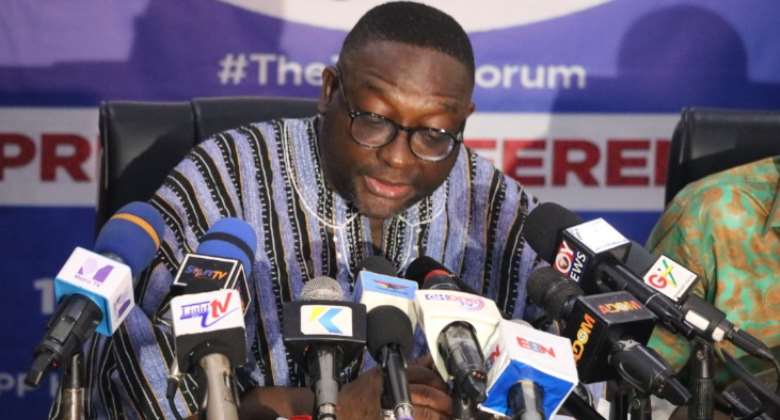 The governing New Patriotic Party (NPP) has described former President John Mahama's commiseration with issues affecting the law students in the country as an act of pretense.

Last week, the law students embarked on a peaceful protest to reforms in the legal educational system.

The protesters were however prevented from approaching the seat of government, where they had intended to petition President Nana Akufo-Addo, as the police dispersed them by firing rubber bullets and using water cannons, an action the police justified.

The law students then presented a copy of the petition to former President John Mahama.

John Mahama assured the students of a possible dialogue to address their issues.

But speaking to Citi News, the Director of Communications of the New Patriotic Party, Yaw Buaben Asamoa, said the former president has no solution to offer.

“The former president, now candidate pretends to be the most sympathetic person when he has had all the opportunity to demonstrate leadership and he couldn’t. I am saying that he is feeding on issues in a way that keeps him thinking that he is pretending to do something for the people involved but he is not doing anything for them,” said Buaben Asamoa.

“You meet law students and you are now saying that you are going to moderate a conversation, what kind of conversation? What are your ideas? What is the framework that is going to lead that conversation? Let us know so we can tell if your framework and ideas will lead to better legal education and whether his framework is better than what is happening now. That mere statement that he will lead a conversation is baseless because how and with who is he going to lead that conversation with and what will be the outcome? He is not telling us anything because he has no plan and policy. He is just going around pretending to be sympathetic, he is not sympathetic with anybody otherwise he wouldn’t have mismanaged this country so incompetently before,” the Adentan legislator argued.

Former President, John Dramani Mahama backed calls by some aggrieved law students and their sympathizers for reforms in the country's legal education system when demonstrating law students called on him to give him a copy of their petition.

He said he was ready to spearhead the conversation on reforms in the legal education system.