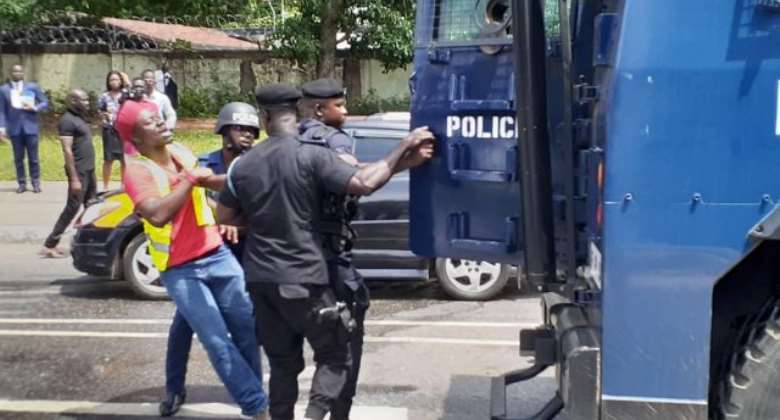 The Students’ Representative Council of the Ghana School of Law has petitioned the Commission on Human Rights and Administrative Justice to probe the police brutalities meted out to some demonstrating law students last week.

The petition dated October 14 and signed by the President of the SRC, Jonathan Alua said the commission should investigate the police for abuse of power and violations of the rights and freedoms of law students.

The SRC want CHRAJ to “Investigate the actions of the Greater Accra Regional Police Commander, DCOP Frederick Adu Anim and his officers in respect of the events of Monday, October 7, 2019 and determine to what extent those actions constitute (i) abuse of power and (ii) violations of the rights and freedoms of law students who embarked on a lawful and peaceful demonstration.

“Initiate or cause to be initiated disciplinary proceedings and criminal prosecution against any police officer or persons found culpable;

“Take any other appropriate actions consequent upon these investigations,” the petition demanded.