SSudan says will host peace talks between Sudan and rebels 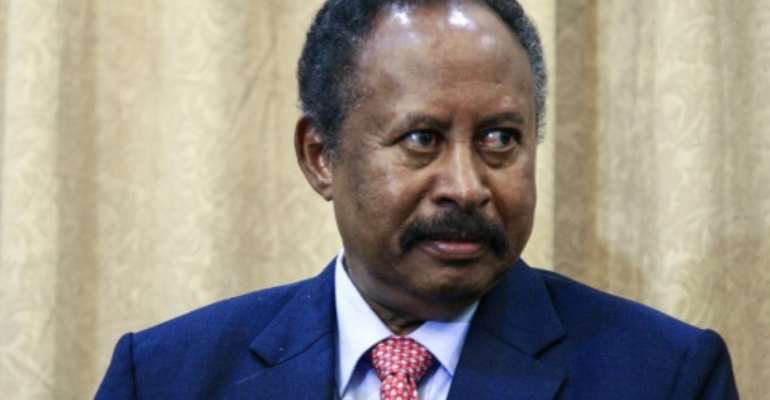 Sudan Prime Minister Abdallah Hamdok has been tasked with leading the country back to civilian rule, but he has said he also wants to end the conflicts with the rebels. By Ebrahim HAMID (AFP/File)

Hamdok, who was only appointed in August in a deal between the army and the opposition, will meet rebel leaders from the Sudanese states of Darfur, South Kordofan and Blue Nile.

Kiir, who just a few weeks ago signed his own peace deal with rebel leader Riek Machar, offered to mediate between Sudan and the rebels back in November 2018.

This new set of talks follow a first round in September when both sides agreed on a road map for the negotiations.

This week's meeting is intended to tackle the main issues, said Ateny.

Their presence, said Ateny, was to give the talks more weight.

A senior Sudanese delegation arrived in Juba on Sunday.

The Sudanese delegation will meet Abdulaziz al-Hilu, leader of the Sudan People's Liberation Movement-North (SPLM-N), which is active in Bule Nile and South Kordofan states. Al-Hilu will lead the rebel delegation.

This new peace initiative comes after the fall of longtime Sudanese autocrat Omar al-Bashir, who was toppled from power by the Sudanese military in April.

Prime Minister Hamdok has been tasked with leading Sudan back to civilian rule, but he has said he also wants to end the conflicts with the rebels.

Over the years, the rebels' conflict with Khartoum have killed hundreds of thousands of people and forced millions to flee their homes.