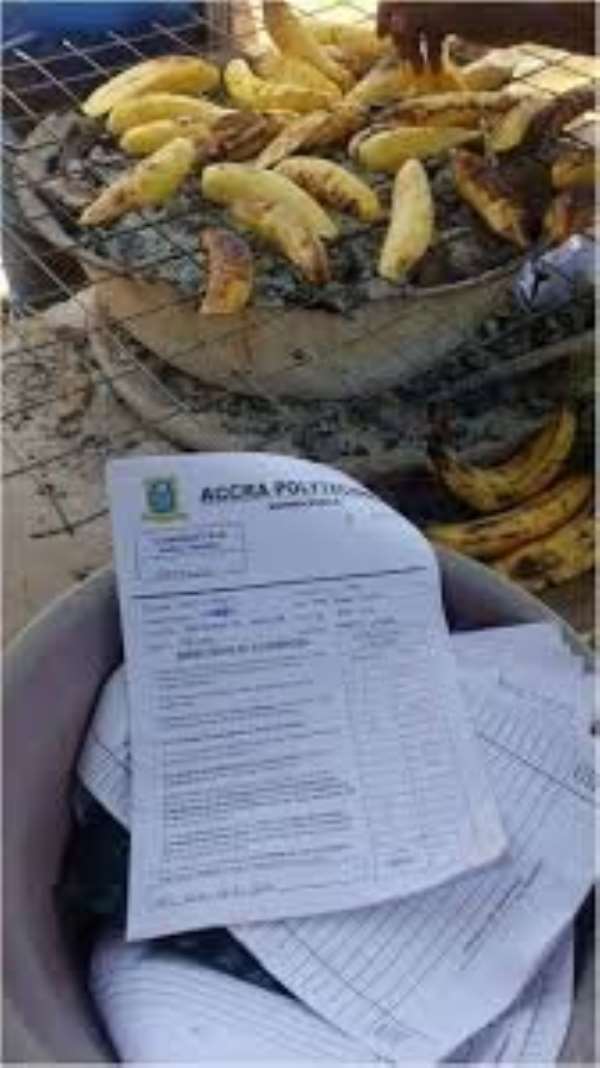 The Data Protection Commission has discovered confidential documents use for wrapping roasted plantain.

According to Head of Incidence Management Response Team at the Data Protection Commission, Dennis Acquah, an individual had bought roasted plantain wrapped in documents containing the personal information of another person.

Following the lead, it was discovered a lot more confidential documents were being sold in bulk by an unknown syndicate at the Madina market to food vendors and petty traders.

The roasted plantain seller has been invited to the police station for questioning and to assist with the investigation.

Dennis Acquah said, “We took this exercise because these things are happening, people are using people’s data indecently. They take the personal data without even asking permission, giving recourse to the person they’re taking the data from or possibly they don’t even have a law or the legal legitimate grounds backing the data they’re taking.”

One lady said to have sold the documents to the plantain seller, Naa Dei Djane, denied wrongdoing during her interrogation at the Madina police station.

According to her, she has been in the business of buying and selling papers for the past three years.

“Many vendors come over to sell such papers to me. I buy and also resell them. I sell them as wrappers for the food vendors. I deal in newspapers too. I have been doing this for three years.”

In an interview with Joy News’ reporter, Piesie Nana Yaw Sarfo, Head of the Cyber Crime Unit of the CID, Dr Herbert Yankson, said "w e’ve have made an arrest for the offence for the sale of personal data. This is against the law. It is against section 89 of the Data Protection Act and so we informed Data Protection and together we effected an arrest."

Section 89 of the Data Protection Act on the prohibition of sale of personal data states that, a person who sells or offers to sell personal data of another person commits an offence and is liable of summary conviction to a fine of not more than 2,500 penalty units or a term of imprisonment of not more than five years.

Dr Herbert Yankson then cautioned the general public to desist from the selling other people's personal data.

ASEPA to sue Presidency for withholding info on petition for...
15 minutes ago