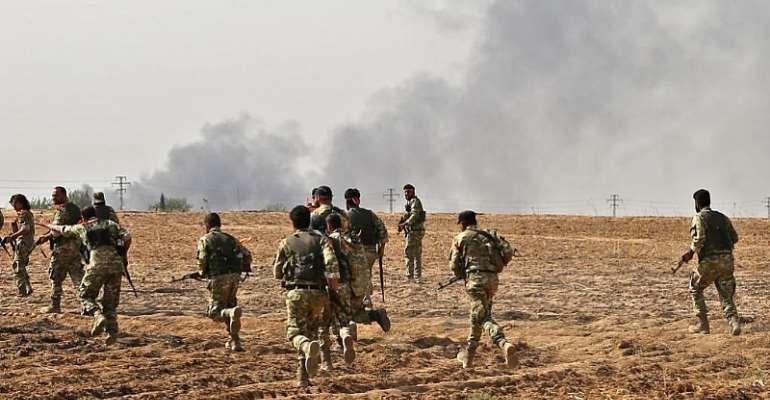 France said Sunday it was "worried" after Kurdish authorities reported that hundreds of relatives of foreign jihadists had escaped from a displacement camp in northern Syria, under Turkish assault.

"Of course we are worried about what could happen and that is why we want Turkey... to end as quickly as possible the intervention it has begun," government spokeswoman Sibeth Ndiaye told France 3 television.

The Kurdish administration in northern Syria said Turkish bombardment near a displaced people's camp had caused nearly 800 relatives of members of the Islamic State group to flee.

Kurdish authorities and foreign powers have warned repeatedly that the hostilities could undermine the fight against the Islamic State group (IS) and allow jihadists to break out of captivity.

"I do not know, today, who exactly the people are who fled from the camp; it has been a worry for France since the beginning of this armed intervention," said Ndiaye.

She underlined France's stance that French jihadists fighting abroad must be tried in the country where they are apprehended.

Fighting has engulfed the area since Wednesday when Ankara launched a long-threatened offensive against the Kurdish-led Syrian Democratic Forces (SDF), which it considers "terrorists" linked to insurgents in Turkey.

US President Donald Trump has been accused of abandoning a loyal ally in the fight against IS after ordering American troops to pull back from the border.

Ndiaye said that in a call to Trump on Friday, French President Emmanuel Macron had pressed upon him France's concerns about the Turkish offensive, and underlined the need to prevent a resurgence of IS in the region.

France and Germany on Saturday suspended arms exports to Turkey.

France, which has been hit by a wave of jihadist attacks since 2015, many of them claimed by or inspired by IS, fears the assault on Kurdish forces that led the fight against IS in Syria would bolster the radicals.

Ndiaye said there were also fears for a "serious humanitarian crisis" in Syria, where the number of people fleeing has soared to 130,000.