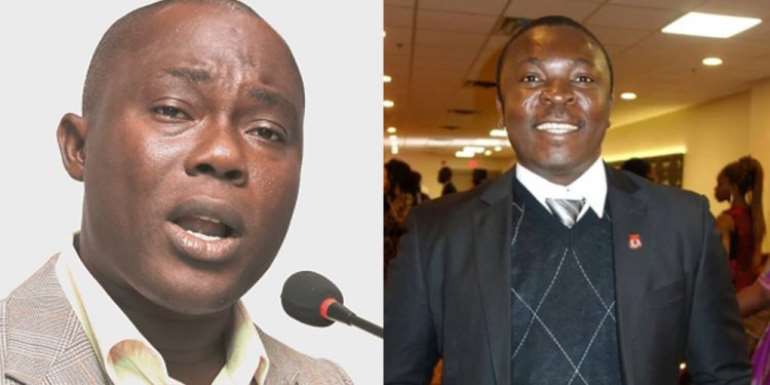 Sydney Casley-Hayford, a member of OccupyGhana, says he does not think anything will come of the University of Ghana’s probe into alleged sexual harassment by two of its lecturers after the BBC Africa Eye ‘Sex for grades’ exposé.

On The Big Issue, Mr. Casley-Hayford, however, said: “I am not sure the university can actually fix this because, as usual, what they have done is to set up a lame-duck committee.”

He also remarked that there was no evidence of the committee’s past work bearing any fruit.

To allay any fears, Mr. Casley-Hayford suggested that the committee be more transparent this time around.

“With the way this particular issue has come out into the public, it would seem to me like just simple common sense [to make the results public]. If you want to put the public's issues at stake then you have to bring it out into the media and to the attention of the citizens.”

Similar calls have been made by some women students of the University of Ghana in the past.

The Women’s Commission of the school's Students Representative Council (SRC) proposed that authorities of the school publish on its website and in the dailies, the full details male lecturers who sexually abuse female students.

Currently, the executive body of the University of Ghana SRC has vowed to ensure that lecturers indicted in the sex for grades documentary by the BBC are sanctioned appropriately.

The Anti-Sexual Harassment and Misconduct Committee at the University of Ghana condemned the conduct of the two lecturers seen in the footage.

Both Prof Gyampo and Dr Butakor denied any wrongdoing but have since been suspended pending the investigation.

The suspensions followed similar action against two lecturers in Nigeria who were also filmed by the BBC.