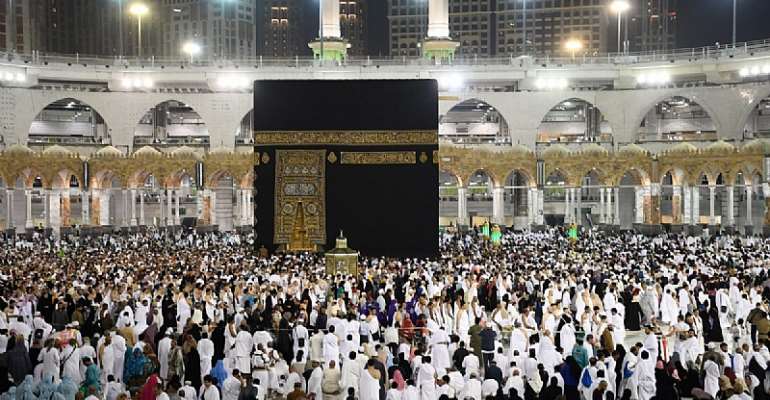 The CSO called on the Hajj regulator to, therefore, commence registration of intending pilgrims for Hajj 2021 alongside the ongoing Hajj 2020 registration exercise.

This was contained in a statement signed jointly signed by its national coordinator Ibrahim Muhammed and Publicity Secretary, Abubakar Mahmoud and made available to journalists on Sunday.

The the statement also said “the newly introduction of tourist visa has opened the door for a large number of tourists to visit the Kingdom of Saudi Arabia.

“Given this development, securing a standard accommodation close to the vicinity of the Holy Mosque in Makkah will be a tough task unless NAHCON and States Muslim Pilgrims Welfare Boards device ways of contracting pilgrims’ accommodations beyond the one year as being done by countries like Pakistan, Indonesia and Malaysia”.

“Allowing those who wish to perform hajj in 2021 to commence payment now will ease the process of pilgrim’s registration. “Services like transport, accommodation, catering can be hired for two years as opposed to the current practice of securing services very close-to-hajj arrangements”.

Given the above, IHR urges NAHCON to work towards the possibility of commencing registration for hajj 2021 along with that of 2020.

The the civil society said early payment will benefit intending Pilgrims in the areas of pilgrims’ enlightenment and education, documentation and provision of other logistics as states Muslim pilgrims welfare boards will have ample time for such exercise.

“75-80% of Nigeria, pilgrims are middle class and 80-90% of those numbers are farmers. They, therefore, may lack the financial muzzle to pay for hajj seat at a go. As such majority of the intending pilgrims will prefer a system that allows payment in segment “.

IHR further advise NAHCON to urgently adopt a governance framework that is based on contractual deposits and fund investment mechanisms for pilgrims’ registration in the country.

Hajj operation has now been digitalised with breathtaking innovations that have made it easy for countries to secure the best services for their pilgrims.

People can now apply online for Hajj 2020 and countries such as India recently introduced a mobile application that made it possible for intending pilgrims to stay at the comfort of their houses and register.

Adopting a two-year registration policy will assist hajj air carriers, caterers, accommodation providers and transport companies to engage in long term planning and also reduce the pressure on the part of intending pilgrims.

For example, the Pakistan Ministry of Religious Affairs and Interfaith Harmony recently said it is preparing a three-year Hajj policy on the pattern of other countries in which accommodation, building, catering and transport arrangements are under consideration on a long-term basis to ensure the best facilities at low cost.

Intending pilgrims who wish to perform hajj in the year 2021 can be allowed to commence registration with their respective states. Pilgrims will now have enough time and escape the associated pressure of the fire brigade approach.