Will a Nobel prize winner tip the balance in Polish elections? 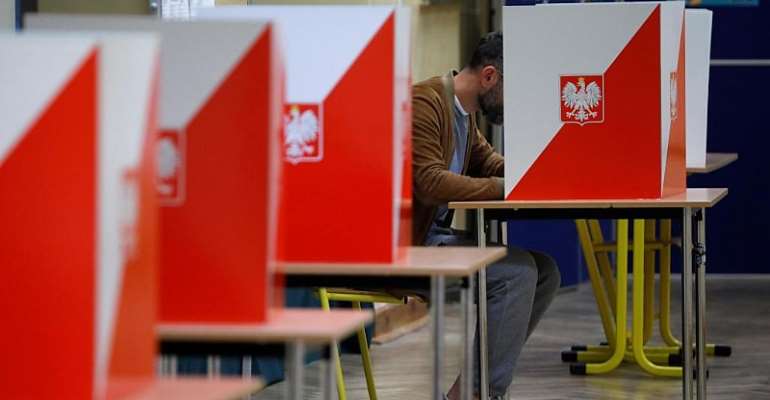 Poles began voting Sunday in a polarising election the governing populists look set to win, but their majority could be at risk. The opposition received an unexpected last-minute boost by author Olga Tokarczuk, this year's Nobel Prize winner for Literature.

Tokarczuk, a known government critic urged Poles to choose wisely "between democracy and authoritarianism," calling the vote the "most important" since Poland threw off communism in 1989.

Meanwhile, ex-premier Jaroslaw Kaczynski, in office since 2015, and leads the right-wing Law and Justice (PiS) party, has sought to mobilise poorer rural voters by coupling family values with a popular new child allowance, tax breaks for low-income earners and hikes to pensions and the minimum wage.

Populist leaders
Kaczynski is among several populist leaders in the European Union favouring greater national sovereignty over the federalism championed by France and Germany.

"The PiS takes care of workers, they raised the minimum wage and created the 500+ child allowance," Michal, a 34-year-old Warsaw electrician and PiS supporter told AFP after voting in Warsaw.

"In foreign policy, the PiS is standing up for Poland, not just blindly agreeing to what Germany or France want," he added, declining to provide his full name.

Anti-LGBT drive
"I voted for democracy, to safeguard the future of my grandchildren," Jadwiga Sperska, a 64-year-old working pensioner and KO supporter, said outside a Warsaw polling station.

"The current government's direction could lead us out of the EU," she added.

Condemning the anti-LGBT drive and close church ties, but sharing the PIS's welfare goals, the left is set to get back into parliament after a four-year hiatus.

Two separate opinion polls published Friday suggested the PiS's majority could be at risk as it scored 40-41.7 percent support, compared to a combined 41.4-45 percent for the opposition parties -- the centrist KO, a leftist coalition and a farmers' party.

"Turnout will decide whether the PiS governs alone, whether it must build a coalition, or even if it might lose its majority," Anna Materska-Sosnowska, a Warsaw University political scientist, told AFP.

Turnout in the 2015 election was 50.92 percent. The first exit polls are expected after voting ends at 1900 GMT. Preliminary results are due Monday.