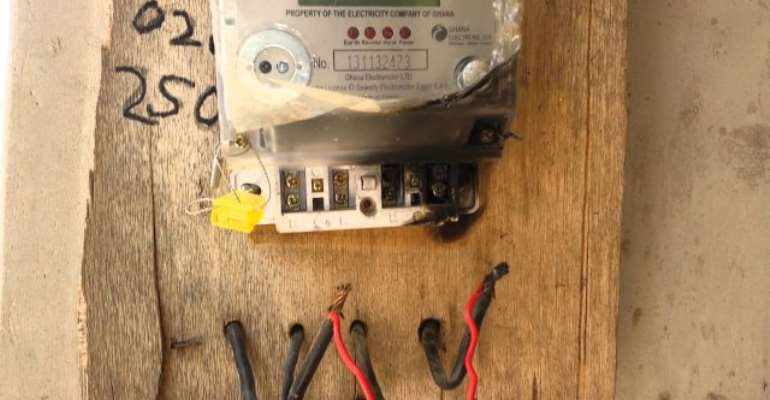 The Power Distribution Services Ghana Limited (PDS) in the Volta region has apprehended a former "farming out" contractor of the Company for illegally reconnecting customers after they had been disconnected.

A farming out contractor is a third-party contractor who undertakes meter installation and other technical services for customers on behalf of PDS.

Bright Kofi Bansah, whose license was revoked by PDS for engaging in illegal activities was caught by PDS officials reconnecting customers from an electric pole at the Sogakope Roundabout Traffic Light, after the customers had been disconnected for non-payment of bills on Wednesday.

The officials after the arrest handed Bansah over to the Tongu Divisional Police Headquarters at Sogakope, where he was placed in custody after allegedly admitting to reconnecting customers illegally.

Benjamin Antwi, Public Relations Officer, PDS, Volta, in a brief to the media said though the illegal act did not affect power supply to customers within the area, PDS officials took steps to rectify the situation to avoid any damage to meters and outage to customers.

William Addy, PDS Volta Regional Revenue Protection Manager, said the customers were disconnected during a mass disconnection exercise in the Sogakope District of PDS with high debtors being major targets.

He said during a monitoring exercise to check illegal reconnections on Friday, the monitoring team spotted the culprit reconnecting customers from an electric pole around 0900 hours.

Mr Addy said, “the monitoring team apprehended him and reported the case to the Tongu Divisional Police Headquarters for further action.”

Mr Bansah popularly known as “Coffie”, allegedly admitted to illegally reconnecting customers and pleaded with the authorities to pardon him for engaging in the act.

Abrefa Besea, Regional Commercial Manager of PDS in the Region, asked the public to desist from unlawful entry into PDS networks and illegal connections since such acts were criminal and punishable by law.