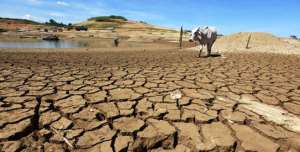 The Civil Society Organizations Platform on SDG13 has lamented the low level of awareness of climate change among Ghanaians.

According to the group, climate change which is an important sector that affects every human activity attracts very limited sensitization among Ghanaians.

Speaking to Citi News on Friday at their annual general meeting organized by Kasa Initiative Ghana, Convener of the CSO SDG13 Platform, Jonathan Gokah said that it is the responsibility of government to create avenues to raise the awareness among citizens.

“We know there is a low level of awareness among the general public. The government and Environment Protection Agency need to create avenues for people to be aware of the situation. We can only help in our small corner. The majority of Ghanaians should be reached by government with regard to these climate actions.”

“It’s a call on everybody to stand up to what they have to do. I know the awareness is poor and even the linkage with the media on climate action is very limited. Climate change does not attract the kind of attention it needs. Meanwhile, this is one sector that affects everything we do but we are not able to draw the linkages and that is our problem. Before we realize, it would have gone beyond repairs,” he stated.

As part of measures to achieve the Sustainable Development Goal on climate change, government will soon come out with an implementation monitoring framework to track the Nationally Determined Contributions (NDCs) which will be implemented in January 2020.

The NDCs are climate change actions under the United Nations Framework Convention on climate change which government has signed up to fight the situation in the country.

On their part, the CSOs developed a citizen scorecard at the meeting to be used in monitoring and reporting on the agreed climate change plans which will be made by government.

Mr Gokah who is also the Coordinator of Kasa Initiative Ghana stated that the CSOs have a role to play in supporting the implementation of the NDCs, hence the need to understand and fully equip themselves with the framework.

“We need to show how prepared we are as a country to implement what we say we will do and how we are going to report on that. In all this, CSOs need to play a role because government alone cannot do it all. Government is not in every community in Ghana. We find ourselves in areas where government is not working most at times. So whatever we are doing needs to be added to what government is doing so that we have a comprehensive report that captures all the actions on the ground,” he said.