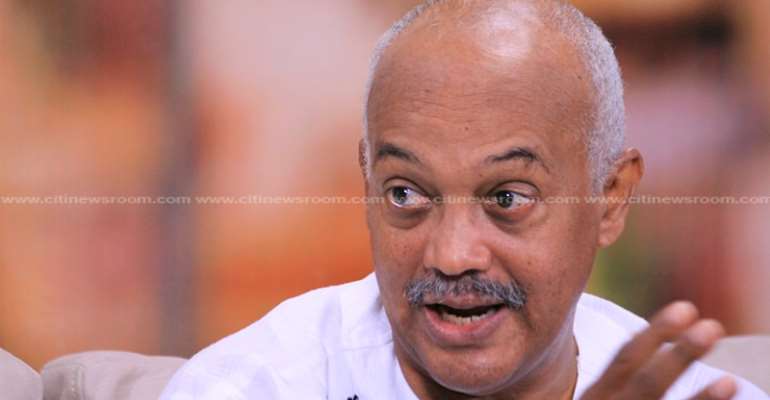 Sydney Casley-Hayford, a Member of pressure group Occupy Ghana, has advised the law students who were victims of police brutality during a protest on Monday to sue the police service.

An estimated 500 students took part in the protest, which was to demand reforms in legal education, and Mr. Casley-Hayford said they should all sue for GHc1 million each.

“Each one of them should sue for a million cedis for the police brutality. If they win, that is GHc 500 million the police have to find… The law students should get up and if they really are determined, the same courage that they had to be able to go on the demo, they should take that same courage and get into the law courts.”

He believes the students will win such a case easily “because the video is clear and the evidence is there and the police cannot wriggle out of it it.”

Mr. Casely-Hayford recalled how some previous protest had been dogged by instances of police brutality dating back to the Kumi Preko protest in 1995 over the high cost of living and in opposition to the Value Added Tax (VAT) initiative introduced under the Rawlings administration.

He suggested the police would have been more measured if they were held accountable in court.

“We are at fault in our society because had we sued the police consistently when any of these things happened, we wouldn't be where we are today… If somebody had taken some very powerful action and gone to court on it, it would have set a precedent for all of this to happen.”

The students were on a peaceful demonstration heading towards the Presidency with a petition for the reform of legal education when they were met with water cannons and rubber bullets by the personnel from the Accra Regional Police Command.

Thirteen of the protesters were also arrested whilst others were reported injured.

Police justified the use of force and said the protestors were impeding traffic.

The government condemned the treatment meted out to the protesting law students calling it unacceptable and embarrassing.