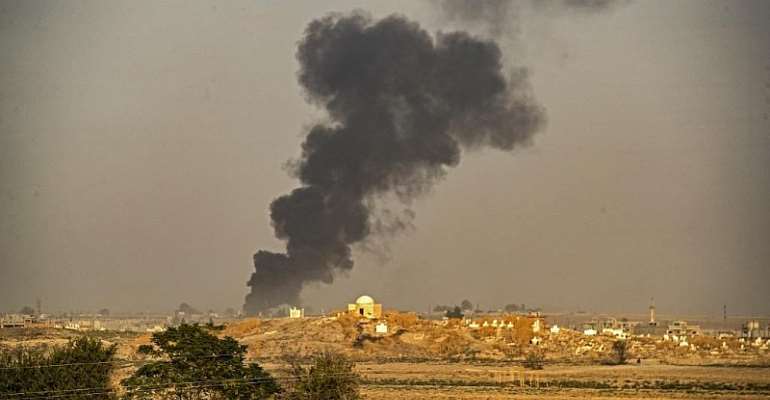 Germany said Saturday it will halt sales of weapons to Turkey over its widely criticised operation against Kurdish militias in northern Syria. Germany, along with many of its allies, has condemned the offensive that Ankara says is targeting the Kurdish People's Protection Units (YPG) militia - a force that has played a key role against the Islamic State group in Syria.

"In the context of the Turkish military offensive in northeastern Syria, the government will not issue any new permits for any military equipment that could be used in Syria by Turkey," German Foreign Minister Heiko Maas was quoted as telling the Sunday edition of Bild.

And in the first four months of this year, sales to Turkey, its biggest customer in the transatlantic military alliance, reached 184 million euros.

"(The offensive) is a vital issue for us and a question of national security, a matter of survival. No matter what anyone is doing, whether it is an arms embargo or something else, it only strengthens us," he told Deutsche Welle.

France: condemnation but no stop to arms sales

France, too, condemned the Turkish operation, but unlike Germany, Norway, Finland and the Netherlands it did not announce that it would stop arms sales to Turkey.

"The Turkish intrusion and offensive of the past two days is extremely serious," French Foreign Minister Jean-Yves Le Drian said at a press conference on Thursday.

"It's extremely serious and we totally condemn it," he said, warning that the Turkish action may lead to a resurgence of the Islamic State armed group.