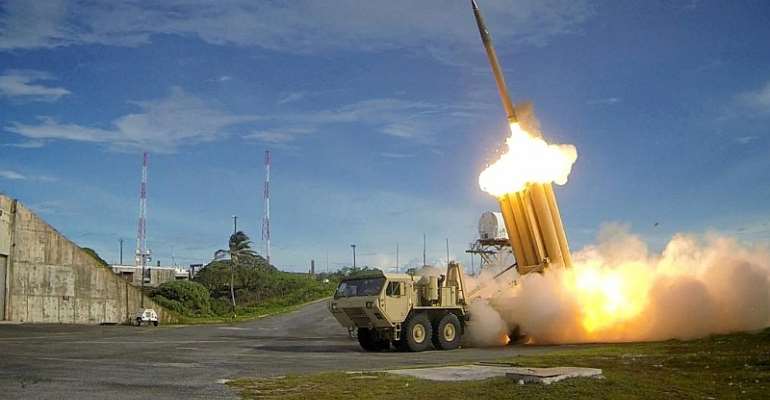 US department of defense/ Reuters

US troops in northern Syria fired upon by the Turkish army were "accounted for with no injuries" but Washington says that "Turkey must avoid actions that could result in defensive action." Meanwhile the US Department of State announced an extra 3000 troops to be deployed in Saudi Arabia in the wake of increasing tensions with Iran.

On Friday night, Turkish forces reportedly fired at US troops in the northern Syrian town of Kobane near the Turkish border. The US is in Kobane to help the Syrian Defence Forces (SDF) in the fight against the Islamic State armed group (IS).

A statement by the US Department of Defense (DOD) said that Turkish forces were aware the US was in the area.

The US said that the US troops' position is outside the area of operations Turkey and the US agreed upon.

“The explosion occurred within a few hundred meters of a location outside the Security Mechanism zone and in an area known by the Turks to have U.S. forces present,” the department said.

The Turkish Ministry of Defence denied in a statement that it was targeting US troops saying that the action was “reciprocal fire in the direction of "terrorist positions."

"We firmly reject the claim that US. or Coalition forces were fired upon," the ministry said, but the US hinted that similar incidents in the future could lead to a military response from the US against Turkey.

“The US demands that Turkey avoid actions that could result in immediate defensive action,” according to the DOD.

Turkey began ground and air operations in northeast Syria this week after US President Donald Trump had indicated that the US would withdraw its troops.

Turkey considers the main Kurdish group in the SDF, the People's Protection Units (YPG - allies to the US) to be linked to the Kurdistan Workers' Party (PKK) that has fought in Turkey for decades.

More US troops to Saudi Arabia
Meanwhile, on Friday the DOD also announced massive new deployments to the Kingdom of Saudi Arabia.

"This constitutes an additional 3,000 forces that have been extended or authorized within the last month," according to the DOD statement.

Since May, the DOD has "increased the number of forces by approximately 14,000 to the U.S. Central Command area of responsibility as an investment into regional security."

Along with the troops, the DOD authorized the deployment of two fighter squadrons, one air expeditionary wing, two patriot batteries and one Thaad (Terminal High Altitude Defences) anti-missile system.

The DOD points out that it “does not seek conflict with the Iranian regime, but we will retain a robust military capability in the region.”

On 14 September, Yemeni Houthi rebels claimed resposibility for destructive attacks on the Abqaiq and Khurais oil installations, which reportedly decreased the Kingdom's oil production by 5 million barrels per day.

The US, the EU and Saudi Arabia claim that Iran was behind the attacks, while Tehran denies it.

On 11 October, the Iranian owned tanker Sabiti was reportedly hit by two missiles, but no one has claimed responsibility as yet.

"Maritime acts of mischief in international waters that are carried out with the aim of undermining the security of merchant ships will not go unanswered," Secretary of Iran's Supreme National Security Council, said on Saturday.

The Iranians did not directly comment on the increased US troop deployment in Saudi Arabia, but Iran's Mehr News Agency quoted Muhammad Ali al-Houthi, a member of Yemen's Supreme Political Council as saying that “It's better for the Trump administration to develop programs for peaceful coexistence and democracy rather than waging wars and bringing destruction for its allies.”

But US Special Representative for Iran Brian Hook said in an interview with the Saudi tv station Al Arabiya that sending the troops will “send a powerful signal to the Iranian regime.”