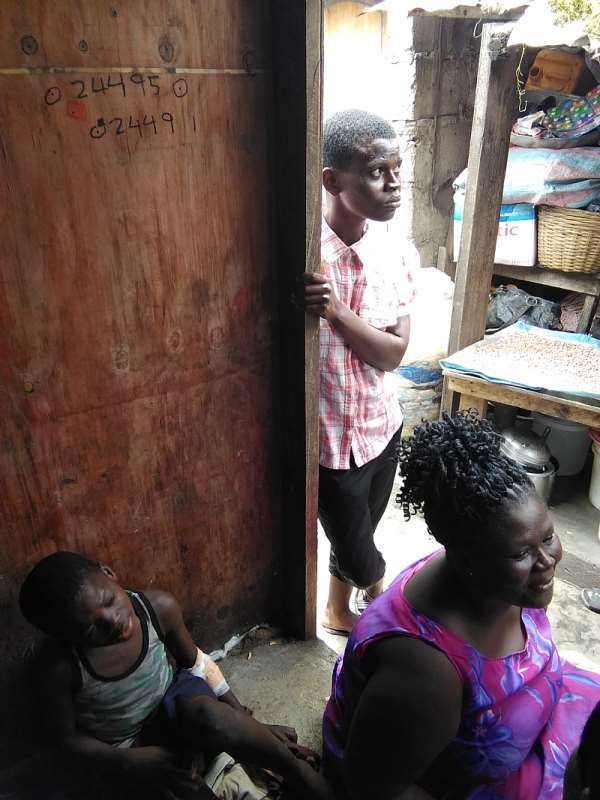 The family of Samuel Nuamah Ampofo, an 11-year-old boy with cerebral palsy has been educated on the available government policies for persons with disabilities and how the family can access such support.

The family through a public health nurse Ms Theodora Naa Adole Acquaah reached out to the Special Mothers Project, an advocacy and awareness creation programme on cerebral palsy issues, to solicit support.

According to Ms Acquaah, she met the family of Master Ampofo about seven years ago when she was posted to the Mamobi General hospital, the mother of the boy, has mental health issues and is unemployed, leaving the grandmother to care for them as well as other family members.

Ms Acquaah said: “the young boy Samuel attends the Dzorwulu Special School but sometimes money for transportation from home to the school and back is even a challenge.”

Samuel Nuamah Ampofo who lives with cerebral palsy is able to walk and talk.

Mrs Hannah Awadzi, Executive Director of the Special Mothers Project spoke to the family about the District Assemby Common Fund for Persons with Disabilities as well as the Inclusive Education Policy and advised the family to approach their District Assembly for support.

Madam Janet Opoku, Grandmother of Samuel, who is a petty trader, said her daughter who gave birth to Samuel has mental challenges so she has been taking care of the boy since infancy.

“We have not been given any official diagnosis of my grandson’s illness, we have been using herbal medication for his treatment and by God’s grace he is doing well.”

Ms Opoku called on the government to support families raising children with disabilities, saying “The resources that goes into nurturing these children is a lot.”