Deporting Aisha Huang Was the Right Thing to Do, Mr. President 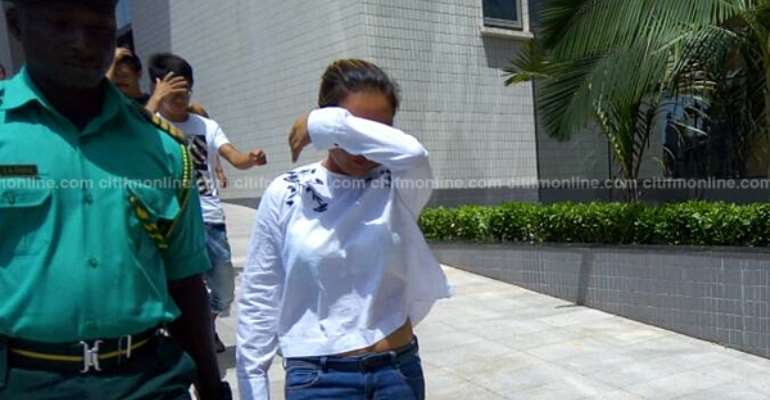 We have already extensively discussed the merits and demerits of the Aisha Huang Affair, so I did not expect the President, Nana Addo Dankwa Akufo-Addo, to raise this decidedly jaded and done-with matter once again during the recent Princeton University forum that was hosted in his honor (See “Aisha Huang’s Deportation Was a Mistake – Nana Addo” CitiNewsRoom.com / Ghanaweb.com 9/21/19). The fact of the matter is that the notorious Chinese national did not invite herself into the country, as we all learned during the so-called Galamsey Queen’s legal run-ins with the government, prior to her quite auspicious deportation. This sentiment was also reportedly echoed by a Chinese diplomat resident in Ghana recently who obliquely, albeit aptly, questioned the common sense of those Ghanaian critics and politicians who gratuitously sought to scapegoat Ms. Huang for a problem that had been squarely and wholly, if also criminally, created by both the Chairman Jerry John Rawlings-led regimes of the erstwhile Provisional National Defense Council (PNDC) and the National Democratic Congress (NDC), beginning from the late 1980s.

What the preceding means is that if any individual or groups of individuals deserved to be punished for causing serious damage and destruction to our environmental resources, the overwhelming bulk of such disciplinary measures ought to be unleashed on those nation-wrecking elements of the PNDC and the NDC that literally created what may be aptly characterized as The Chinese Menace. I have absolutely no doubt in my mind that the New Patriotic Party (NPP) government, during the otherwise very prosperous 8-year tenure of President John Agyekum-Kufuor, could have done quite a bit to significantly reduce the deleterious impact of Galamsey on our environmental and natural resources. For his part, Nana Akufo-Addo needs to concentrate more of his efforts on the rigid enforcement of our land reclamation and environmental preservation laws and the creation of environmentally friendly jobs, such as he is already doing in the agricultural sector.

The Chinese have done absolutely nothing to damage our environment and its resources that we, Ghanaian citizens, and our leaders did not want or highly encourage them to do. Deporting Ms. Huang back to her native China was perfectly the proper thing to so under the circumstances, since we are also informed that she had at some point in time performed some diplomatic activities for the Chinese Embassy in Ghana. Besides, the subject that we are dealing with here is one that is systemically institutional. What we critically need here is a radical change in our attitude towards our country and its rich environmental resources and the imperative need to preserve the same for our younger generations and posterity.

In other words, what is at stake here is our long-term survival and the development of the country. I also thought that Nana Akufo-Addo could have given a far more spirited answer to Mr. Solomon Owusu, the Ghanaian-born Colorado resident who produced the very instructive documentary, widely disseminated on YouTube and Whatsapp, that sought to deftly demonstrate the fact that small-scale mining activities could be undertaken in Ghana in ways that would not be wantonly destructive of our precious and life-sustaining environmental resources. And on the latter count also, I am referring to Mr. Owusu’s claim that he had solid evidence implicating some Akufo-Addo government officials in the predatory activities of Galamsey.

You see, glibly telling patriotic citizens like Mr. Owusu to simply pass such information or evidence on to some nondescript authorities in Ghana was not very helpful. What the government clearly needs to do in order to make good use of such evidence, assuming that, indeed, it has merit, is to establish a special official hotline or bureau for promptly investigating and dealing with such critical information for both the short-term and long-term good or benefit of the country.