The Chief Justice Discreetly Warns Court Justices not to be Corrupt 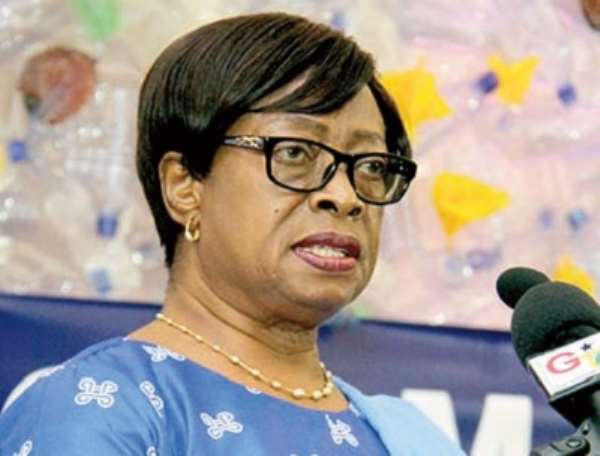 The Ghana Chief Justice, Mrs Sophia Akuffo, recently admonished court judges not to give tips, thus money, to senior or junior judicial staff for facilitating the payment of their allowances etc. This probably could be extended to include court registrars, clerks and bailiffs. There must be no "thank you" money paid to them for facilitating their (judges') work whenever they decide cases. For her, all court workers draw salaries, thus, they are paid monthly for the work they are employed by the State to do in our courts and within the judicial system. Therefore, she sees no reason why the judges should in addition give them money on the understanding or presumption of helping them get what is due them or making their job of hearing and pronouncing verdicts easier.

The Chief Justice is of the belief that whatever job the staff do while they are on duty, and within their schedule duty time as stipulated in their terms of contract, is required of them by obligation and are subsequently paid for by the government. Hence, paying them additional money by the court justices is uncalled for as it precipitates corruption.

In fact, those of us who have time to read the fine lines or read in-between the thin lines, do actually understand the import of the message to the judges by the Chief Justice. She was being somehow ironical. She could not be forthright with them as Rockson Adofo would otherwise have done, being a no-nonsense man with aversion to official corruption, especially judicial corruption. She rather chose to be more diplomatic. But did the judges get her message to them right?

I am certain most of Ghana court judges may harbour the feeling that their salary does not commensurate the amount of work they do. This may be the reason why they accept bribes of all sorts (goats, sheep, plantain, dogs, cats, cash, etc.) to twist justice in favour of the highest bidder who might otherwise have been the guilty party going by the facts and the credibility of available evidence submitted to the court. Or, their salary is more than enough but it is out of sheer greed and desire to be richer despite the method taken to achieve their objective that makes them to accept bribe?

The whole secret as per the evidence I have, is the fact court clerks, be they registrars, bailiffs or whatever their job title and description is, do arrange for payment of bribes to the judges. This fact has been proven in many instances and probably in the Anas Aremeyaw Anas' exposé on judicial corruption in Ghana. It has somewhere in May or June 2019, been amplified and confirmed beyond doubt in an injunction case presented before the judge at Kumawu Circuit Court. The registrar or the bailiff did arrange for a payment of GHS1,000 (One thousand Ghana New Cedis) bribe to the judge to grant the wish of the probably guilty party in the case.

Read More: Sir, You Cannot Credibly Defend your Misconduct – Kumawu Magistrate
The judge, according to the content of the secretly recorded telephone conversation and what actually happened really confirmed that his palm was greased with Cedi wads as alleged. He did not go to sign the documents as exactly sought by the bribe giver. As it was the bailiff that arranged the bribe for the judge, what stops him from parting with a few Cedi notes to the bailiff as a thank you to him? This is not for actually doing any credible official work but for facilitating a payment of bribe to him.

How at all does a court registrar, bailiff, clerk, receptionist if any, help to facilitate the judge's work to merit the giving of a tip from the judge? Could someone please explain it to me?

To be frank with the judges and being truthful to myself and the Chief Justice, Mrs Sophia Akuffo is asking the judges to stop taking bribes which are often negotiated by the court workers as it was in the Kumawu case. Her advice is not all about stopping the judges from giving tips to those who assist them to get their genuinely deserved money from the government but also, the untold side of the story. They should stop being corrupt by receiving bribes!

The fight against official corruption in Ghana continues unabated.