Mutual distrust between India and China remain despite summit 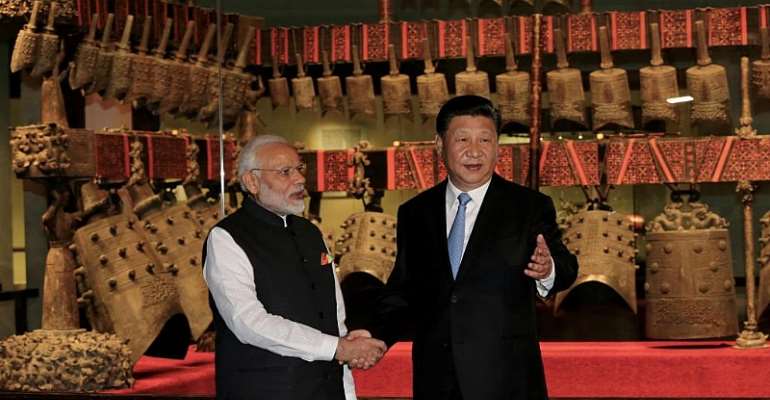 Chinese President Xi Jinping and his Indian host Prime Minister Narendra Modi have pledged to cooperate against "radicalisation", but the two sides did not manage to solve the problems which keep them deeply divided.

The informal seaside meeting at Chennai in India on Friday was aimed at mending relations after India irritated China by its splitting of Jammu and Kashmir state in two in August.

The decision will also make the area's Ladakh region, which is partly claimed by China, a separate Indian administrative territory.

India in turn has been enraged by China's diplomatic backing of Pakistan, which controls a much larger part of the disputed Muslim-majority Kashmir region.

But at their talks, the leaders acknowledged a common challenge, Indian Foreign Secretary Vijay Gokhale said.

Dubbed the "2nd India-China Informal Summit" (after a similar summit in the Chinese city of Wuhan in April 2018) a statement by India's Ministry of External Affairs (MEA) talked about a "friendly atmosphere."

"Both leaders said that these were large countries and that radicalisation was a matter of concern to both, and that both would work together to see that radicalisation and terrorism did not affect the fabric of our multicultural, multi-ethnic, multi-religious societies", Gokhale told reporters.

When Xi said he supports Pakistan's "legitimate rights", India's MEA thundered it was "not for other countries to comment on the internal affairs of India."

For Beijing, Pakistan provides a crucial leg in its trillion-dollar Belt and Road Initiative, perceived by critics as a world-wide plan to extend China's soft power through construction projects.

This “corridor” extends from the Khunjirab pass between China and Pakistan, all the way to the Indian Ocean arriving at the newly-built, Chinese-financed port of Gwadar.

"No country can accept a project that ignores its core concerns on sovereignty and territorial integrity."

History of standoffs
Hostility between India and China goes back a long time. In 1962 they went to war and are engaged in periodic standoffs in the Himalayas since then.

To add insult to injury, Beijing's arch foe the Dalai Lama, spritual leader of the Tibetans who fled to India in 1959 after China took control of Tibetan lands, found refuge in the north Indian town of Dharamsala, which is also home to Tibet's government in exile.