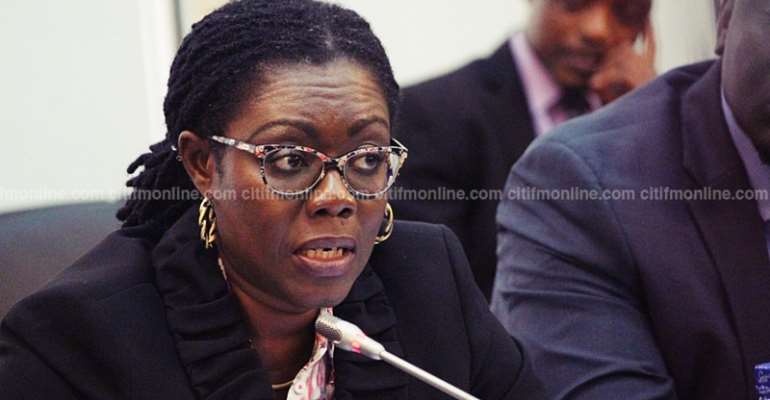 The Communications Minister Ursula Owusu-Ekuful has accused the mobile telecommunications companies of milking consumers over the implementation of the recently increased Communication Service Tax (CST).

In a letter written to the National Communication Authority (NCA), the Minister said before the increment in the CST from 6 to 9 percent, telcos were absorbing the tax.

However, the increment announced in the 2019 mid-year budget has seen telcos now shifting the entire burden of the tax to the consumer.

According to Mrs. Owusu-Ekuful, all efforts to get the telcos to revert to the situation before the increment has failed as telcos “exact their pound of flesh from their consumers.”

The Minister's letter dated October 9, 2019, comes after the Chairman of the Finance Committee of Parliament accused the telcos of implementing the CST in a manner that seeks to make government unpopular.

Customers are now charged the 9 percent CST instantly when the top up their airtime.

The Communication Minister reiterated that the current way of deducting the CST is creating a “negative impact”; proceeding to list a number of directives that telcos are to take immediately.

“CST should be treated the same way VAT, NHIL, GETFund levy and other taxes imposed on entities doing business in Ghana are treated. This extraordinary upfront deduction of CST and notification of same to subscribers must stop with immediate effect,” the Minister directed.

The Minister also wants all unused data and voice bundles purchased by subscribers to be immediately rolled over upon the next recharge.

“MNOs must be subjected to strict compliance with existing Quality of Service standards to ensure value for the subscribers in accordance with their license obligations,” she further directed.

Trade Minister’s promise to open Komenda Sugar factory ‘a me...
30 minutes ago