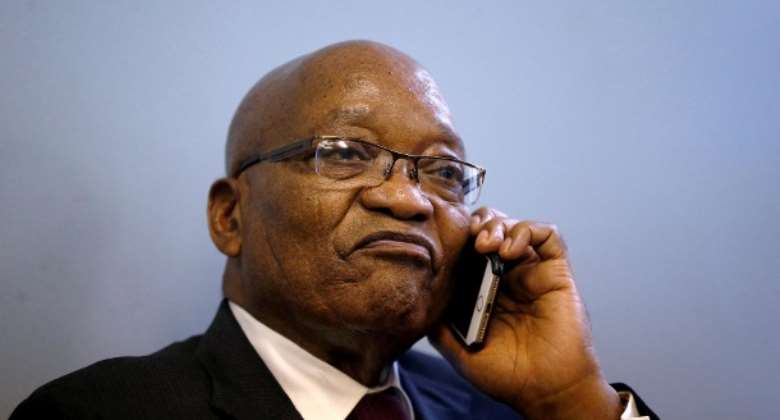 The Ex-President Jacob to stand court trial for corruption.

Former South African President Jacob Zuma has to stand a court trial for the first time on charges of bribery. But he is the victim of a "witch hunt," says Zuma.

Starting next week, former South African President Jacob Zuma will have to answer for himself for the first time in a corruption trial. On Friday, the country's Supreme Court rejected Zuma's application to close the case. The judge in charge ruled that parts of Zuma's arguments on the suspension of proceedings were "scandalous" and "incriminating". The judicial authorities announced that the trial would begin next Tuesday and continue until Friday.

Public prosecutor Wim Trengove had campaigned for criminal prosecution. If Zuma was not brought to trial, the impression could arise that the ex-president would receive special treatment "because he is an important and powerful man," Trengove argued. He also considered Zuma's claims that he was the victim of a "witch hunt" to be unfounded.

Zuma denies accusations
Zuma is accused of having accepted bribes from the French arms company Thales. In March, he demanded that the proceedings be discontinued. At a hearing before an investigative commission in July, he rejected the allegations of corruption made against him as a conspiracy. "I was slandered, I was portrayed as the king of the bribes," said the 77-year-old at the time. He also denied illegal relations with an influential family of entrepreneurs.

Zuma was President of South Africa from 2009 to 2018 before being forced to resign after a series of corruption scandals. A few months earlier, the current President, Cyril Ramaphosa, had replaced him as party leader.