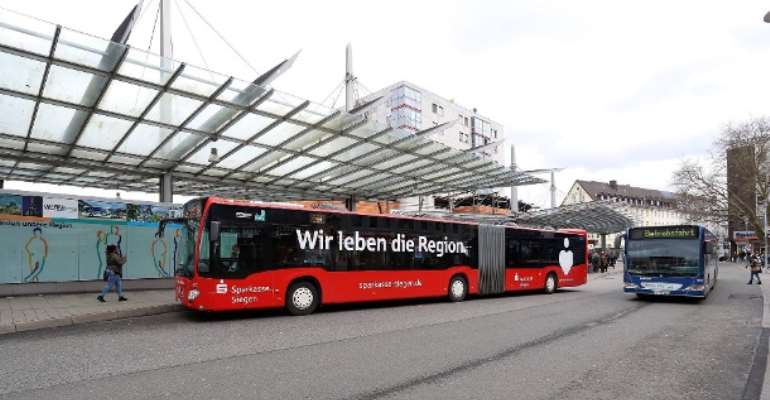 At the central bus station in Siegen-Germany: A bus driver was caught with drugs by the police.

In Siegen-Germany, Police catch bus driver with marijuana. At the central bus station in Siegen, a bus driver was not only caught smoking marijuana but also with drugs.

In North Rhine-Westphalia, police stopped a bus driver at the right time. The man was under the influence of drugs and also making mobile phone call while driving. He had to surrender his driving license after the incident.

A bus driver was caught in the German town, Siegen, with a mobile phone on his ear and cannabis. Passengers were not sitting in the bus during the incident, the police reported. The 44-year-old had caught the attention of a Police patrol team on Thursday because he was on the phone while driving. During the control of the bus driver, the policemen then noticed the smell of marijuana in the bus, according to Friday's information.

The bus driver admitted that he had smoked marijuana on the bus before. He also had cannabis with him, which had been confiscated by the police. The 44-year-old's driver's license was confiscated.

FixingTheCountry Movement to march in support of Akufo-Addo'...
11 minutes ago