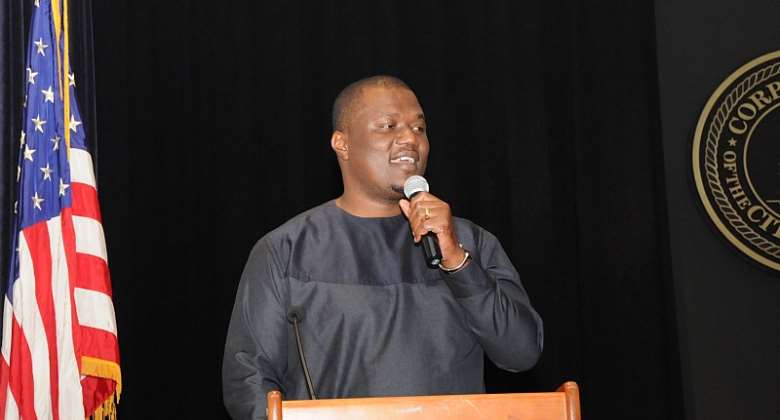 The Member of Parliament (MP) for Effiduase Asokore in the Ashanti region, Dr. Ayew Frimpong has refuted claim he slapped the District Chief Executive (DCE) for the area, Hon. Mary Boatemaa on the last day of President Akufo-Addo’s three days tour to the region.

The MP said, "I have not touched the DCE and not even engaged her today."

Below is the post:
I have taken note of this publication which well made up ostensibly to divert the attention of President from the many issues confronting the DCE in the district.

Indeed she succeeded in making this issue topical thereby clouding the numerous projects today avails for the world to know about my constituency under the great leadership of our hardworking President.

The said issue was between her driver and a party agent who is my ardent supporter.

Maybe when am tagged it will become news for President to know probably I am the cause of her woes.

I didn't ask her among others to create those ghost school feeding schools as reported by auditor general etc.

I haven’t raised my hand on my dog yet, and I don’t intend on anyday to raise a hand on anyone not to talk of someone like her I was given the opportunity to recommend to be the DCE of my district.

I know sooner than later the actors on this issue will come out to let out the truth.