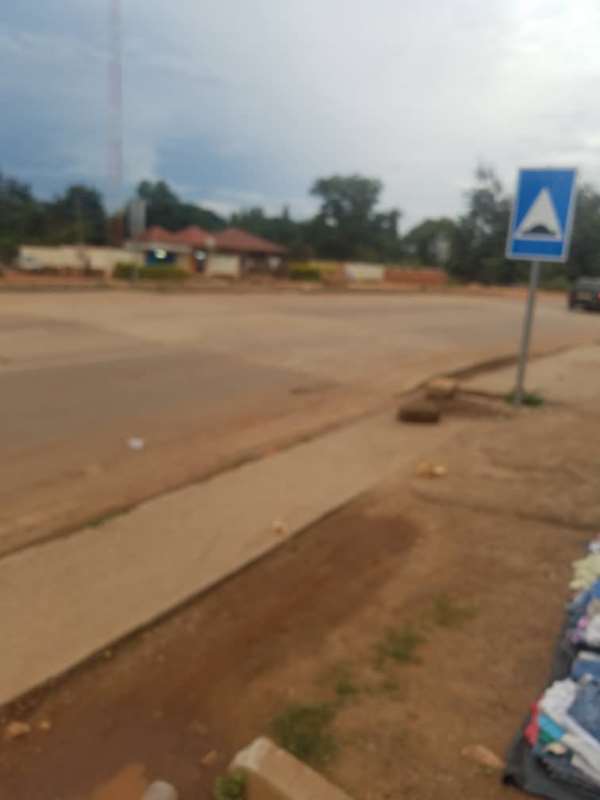 The Regional Communication Office, on behalf of the Regional Secretariat of the NDC, takes this opportunity to welcome you all to its Press Conference. This Press Conference is focused on 2 main areas; the President’s visit to commission speed rumps on the New Dormaa Road and the inconsistencies in the cashew related matters as promised by him prior to 2016 election.

On Monday, 7th October, 2019, which was the first day of the President’s visit to the Region historically, though not too surprising due to the fact that President Akufo-Addo has not, for the past 3 years, initiated and completed a single project in the Sunyani Municipality, greeted the people of Sunyani with shock when the Regional Minister, Hon Evelyn Ama Kumi-Richardson led President Akufo-Addo to the New Dormaa – Techiman Road which was 50% complete in 2016 and abandoned by the Akufo-Addo government on the instruction of the Road and Highways Minister, Hon Kwasi Amoako-Atta to do road audit on all ongoing road projects initiated by the Mahama administration.

After the Regional Minister had made a frivolous allegation about the youth of New Dormaa threatening her life on the road at the site, President Akufo-Addo could not announce to the people of his immediate plan to get the contractor to site as announced by the NPP Regional Executives prior to his visit, but as usual, left the people with visible signs of disappointment as he could not redeem himself of his promise in 2016 to complete the road when voted into power in his first year in office as president.

Contrarily to these assurances by these Executives, President Akufo-Addo at Sampa only announced 8Km road, (a project that was being commissioned by Regional Minister in the Mahama administration) as the estimated road that is being worked on for contract.

At Banda, the disappointment was deeper and visibly clearer on their faces when President Akufo-Addo could not cut the sod for the road construction as promised but said, he was going back to put measures in place for their request. Again, President Akufo-Addo could not give a definite timeline to embark on these road projects; a project that has been circulated earlier on by the NPP Executives to have been awarded on contract and awaiting sod cutting.

Amazingly, the Minister of Health, Hon Kwaku Agyeman Manu who hails from the Dormaa Central in the region, told the people of Banda that President John Mahama wasted money on establishing numerous Nursing Training Colleges in the region so their request for Nursing Training College could not be granted as his NPP government could not raise fund to employ trained nurses from additional institutions. They also made a false claim that the Fishing Landing Beach/Site which was duly constructed at Banda – Bongase within the Banda District was taken to the northern part of the Bui River, a statement which is not only inaccurate, but lacks merit and substance.

The people of the Bono Region thought that President Akufo-Addo’s visit was to announce to them of the immediate return of the contractors to the Sunyani Ring Road, the Aboabo – Kyeremasu Road, the Gambia – Amasu Road and the various cocoa road projects that were initiated by the Mahama administration within Sunyani and Dormaa Municipalities.

In the end, President Akufo-Addo, on the road sector, only came to commission a Speed Rump on his visit to the Bono Region.

It would be recalled that on the 20th May, 2016, President Akufo-Addo, the then Flagbearer of the NPP in his courtesy call to the Chiefs and people of Suma Ahenkro in the Jaman North Constituency said that cashew farmers were not being paid the right price at the time a kilo of cashew in 2016 was sold at gh₵9.50 and that he, President Akufo-Addo, when voted into power, will ensure that cashew farmers received the appropriate price for their produce by establishing Cashew Board to champion this price increment.

On 20th February, 2018, President Akufo-Addo at Wenchi, launched a 10-year Cashew Development Plan at the time that the price of cashew had reduced to gh₵7.50 in the 2017/18 crop season and that, again reiterated his pledge to ensure that farmers earn higher price for their produce. President Akufo-Addo

then tasked the Ministry of Food and Agriculture and the Ghana Export Promotion Authority to establish this board by July 2018.

the president himself as per his promise in 2016, and as the Commander of the Ghana Armed Forces, what stops the President from taking up the necessary measures to check his alleged smuggling of cashew produce from Cote D’ivoire to Ghana as he claimed to be the sole reason for the fall of price in cashew produce?

President Akufo-Addo must apologize for playing with the intelligence of the cashew farmers in the region and walk his talk rather than his usual sweet rhetoric of no results.

Previously, whenever the people of Bono Region hear of the visit of President John Dramani Mahama, it was synonymous with the commissioning of massive projects such as;

1. The 5 Poly Clinics in the region
2. The Berekum – Fetentaa Water Project
3. The Techiman Children’s Hospital and the Divisional Police Headquarters in Techiman

4. Commissioning of several Nursing Training Colleges and over 5 Community Day Senior High Schools with over 10 Community Day Schools at the various stages of completion which have been abandoned by the Akufo-Addo government.

The NDC therefore sees the 2 days working visit by President Akufo-Addo to the Bono Region as nothing but a total waste of our resources which could have been used judiciously to complete the Tain District Hospital which is 90% complete, a total needless traffic in the region with his 21 fleet of convoy and a drainage of Ghana’s money being paid as per diem which could also have been used to complete the Banda Community Day Senior High School which is at the 3rd floor of completion.