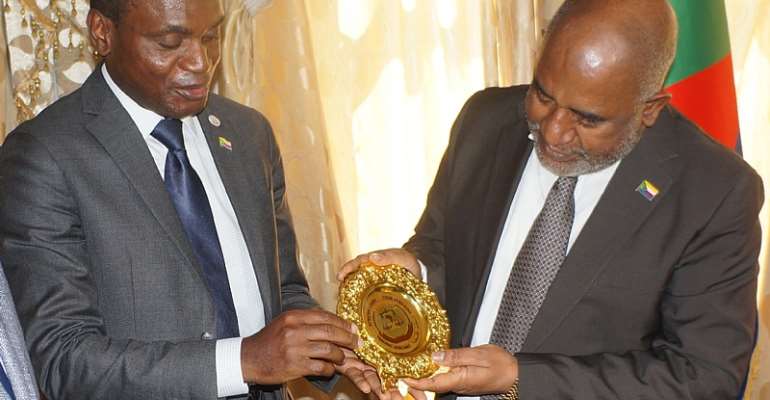 The Fourth Judicial Dialogue on the theme: “Tackling Contemporary Human Rights Issues: The Role of the Judiciary in Africa,” is slated for October 30 to November 1st at Kampala, Uganda.

The Judicial Dialogue being organized by the African Court on Human and Peoples’ Rights is to identify the major human rights issues currently facing Africa and what role the Judiciary could play to deal with such problems.

In an interview with, Justice Sylvain Ore, African Court President explained that the Dialogue is expected to address the problem of migration, Internally Displaced Person refugees, the right to nationality in Africa, and election petitions and human rights: the role of the judiciary.

Other topics to be discussed include; Terrorism and the protection of human rights: The role of the judiciary; Development and Rights of Indigenous Peoples and analysis progress made in the implementation of the recommendations of the Third Judicial Dialogue.

Justice Ore explained that, the Dialogue will end with the adoption of a plan of action to enhance collaboration by African judiciaries in the protection of human rights on the continent.

In 2013, the first continental Judicial Dialogue bringing together Judges of continental, sub-regional and national courts was organized.

The first dialogue discussed the need to set the stage for fruitful interactions between national and international courts, with a view to maintaining constant dialogue with national Judges across the continent, to discuss ways and means to promote and protect human rights. The Dialogue also discussed how practical cooperation among them can be achieved.

The Second Judicial Dialogue, was held from November 4 to 6, 2015; in Arusha Tanzania, to promote procedural reforms and innovations that enhance access to justice and ensure protection of human and peoples’ rights.

It also discussed assess approaches to incorporating technology in court processes to enhance access to justice and protection of human rights; encourage the adoption of quality management systems for courts as a means to ensure quality justice; and develop and assess formats, methodologies and resources for continuing judicial education.

It also looked at the possibility of establishing a model African judicial network, the opportunities and risks associated with using Information Technology in the judiciary and practical and normative challenges to accessing and using the decisions of regional courts by national courts in Africa.