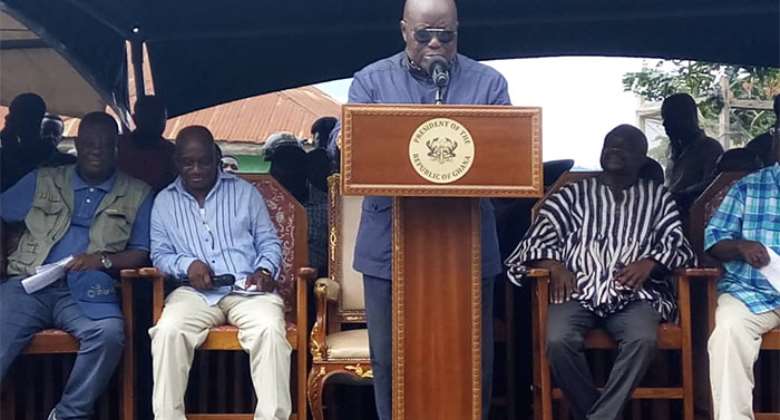 Government is expected to construct 5.2 kilometers road in the Kumawu township of the Ashanti Region at a cost of GH¢ 12.2 million.

Minister of Roads and Highways, Amoako-Atta, made this known on Friday, October 11, 2019, in Kumawu.

The Minister said by June 2020, the roads will be completed.

President Akufo-Addo assured the Chief that the three factories expected to be built in the area would be completed.

The President is on a tour of the Ashanti Region.

He was accompanied by the ministers of education, food and agriculture, health, among others.