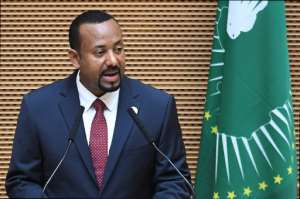 “Since assuming office in April 2018, it has reformed the security forces, replaced the severely restricting charities and society law, and agreed a peace deal with neighbouring Eritrea to end two decades of hostile relations. He also helped broker an agreement between Sudan’s military leaders and the civilian opposition, bringing an end to months of protests.

“However, Prime Minister Abiy Ahmed’s work is far from done. This award should push and motivate him to tackle the outstanding human rights challenges that threaten to reverse the gains made so far. He must urgently ensure that his government addresses the ongoing ethnic tensions that threaten instability and further human rights abuses. He should also ensure that his government revises the Anti-Terrorism Proclamation which continues to be used as a tool of repression, and holds suspected perpetrators of past human rights violations to account.

“Now more than ever Prime Minister Abiy must fully espouse the principles and values of the Nobel Peace Prize to leave a lasting human rights legacy for his country, the wider region, and the world.”