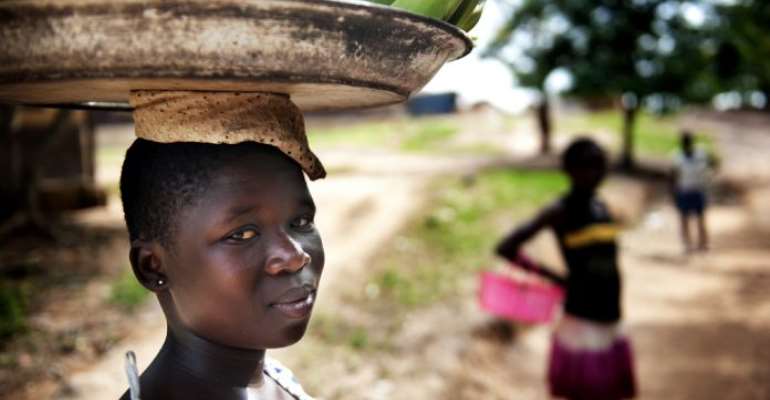 The Executive Director of the Henry Djaba Memorial Foundation, Dr. Otiko Afisah Djaba has called for an end to the numerous challenges militating against the sustainable development of the Ghanaian girl child.

According to the former Minister for Gender, Children and Social Protection, it was time to address all the challenges and abuses such as child marriage, sexual harassment, stereotyping, violence against the girl child, girls still not in school or dropping out of school, ‘kayaye’, the infamous sex for grades, defilement, rape, trafficking in girls and girls of school going age hawking on streets (on the farms, market, etc.) during school hours.

In a statement issued in Accra in commemoration of the International Day of the Girl Child 2019, Dr. Otiko Djaba also frowned against kidnapping of girls, girl child prostitution, poverty, overburdening handling of house chores solely by girls, teenage pregnancy, using girls as househelps and nannies, female genital mutilation, breast cancer and other negative and harmful traditional and cultural practices impeding the growth of girls.

“Globally, more than 130 million girls are not attending primary or secondary school, according to UNESCO institute of statistics. This indicates that, every day, girls around the world are denied their right to education, knowledge, skills and opportunities to create a better future. Other statistics also show that, each year, approximately 12 million girls under 18 would be married; that is 32,877 each day, nearly 1 girl every 2 seconds is getting married”.

Dr. Otiko Djaba bemoaned how those challenges especially child marriage had curtailed the dreams and aspirations of many girls in most Ghanaian communities.

She called for the enforcement of the existing laws and a more punitive action against persons who subject girls in Ghana to FGM, defilement, teenage pregnancy and sexual harassment among others.

Dr. Otiko Djaba encouraged Ghana to emulate the Nigeria’s introduction of the Anti -Sexual Harassment Bill after the BBC ‘sex for grades’ documentary.

She fumed that the Ghanaian girl child had been subjected to various forms of sexual harassment and abuse not only for grades but in the home, at school, the work place, in religious and political circles.

“We need to develop specific, concrete and innovative initiatives and solutions to improve girls’ access to quality education, sexual reproductive health care, provide early sensitization on their rights, sex abuse, harassment and protection of their rights, provide them with learning opportunities that empower and build knowledge and skills for life and decent work, provide them with training in leadership and galvanize collective action to deliver the 2030 SDGs on gender equality and equity and girls education”.