The refugees making a success of life in the French countryside 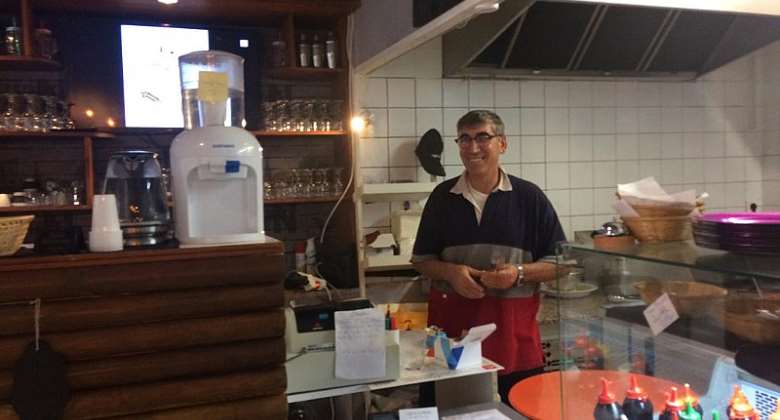 8,871 refugees from Syria and sub-Saharan Africa have been resettled in France so far this year, as part a UNHCR programme. Some are building new lives in under-populated towns in rural areas. Far from the sometimes toxic debate over immigration in parliament, many of them are doing rather well.

Since the 2015 refugee crisis which brought more than a million asylum seekers to Europe, 65 refugees have settled in Corrèze in south-central France as part of the resettlement programme following the dismantling of migrant camps in Calais and La Grande Synthé.

In 2016, the mayor of the small town of Uzerche, population 3,000, chose to throw open the community's doors to 20 refugees from Afghanistan, Syria and Sudan.

At the outset, it was challenging.
"The first time we met we didn't even know how to communicate," says mayor Jean-Paul Grador. "We garbled a few words of English, used our hands, I brought an atlas so they could show us where they came from, and we could show them where Uzerche was on the map."

Grador recalls being woken up in the middle of the night to take some of the younger ones to hospital.

"They had anxiety attacks, they needed reassurance. But that's all been part of the adventure, discovering things you didn't know before."

After nearly three years, he says both refugees and the local community have benefited.

"Welcoming families has allowed us to fill up our schools, open up social housing that was unoccupied. All that is positive."

'Living proof' you can adapt
Some local people are supportive, volunteering to teach the migrants French, but others question their ability to adapt to rural life.

"We don't see much of them, we don't know what they do, whether they work or not, we have no idea," one elderly resident told RFI, preferring not to give his name.

"I'm not sure they'll manage to fit into our country way of life. There's a huge difference between camels and cows, if you see what I mean."

But Alkozay Faisel, a 26-year old Afghan, says he proves refugees can adapt, and rather well.

"Honestly I'm living proof of it, I stayed in this area, I didn't leave the Corrèze because I don't much care for big towns. Of course I had to find work, you can't live without it, and I now have a full-time contract working in international commerce."

Faisel's job opportunities have been helped by his good command of French.

55-year-old Mohamed Chaher al Kurdi from Syria is less at ease, but has set up his own business. He lost everything in the war, including his factory, but he's built a new life in Uzerche with his wife and two children.

"I've started my own business with my family, a fast food kebab restaurant using Syrian recipes called El Quattro. It means we are four in our family: me, my wife and two sons."

More refugees are set to put down roots in the area as a refugee reception centre known as a CADA is shortly to be opened.

This story is part of the Spotlight on France podcast.