Picture Perfect: Give to the AYEA cause and impact the next generation 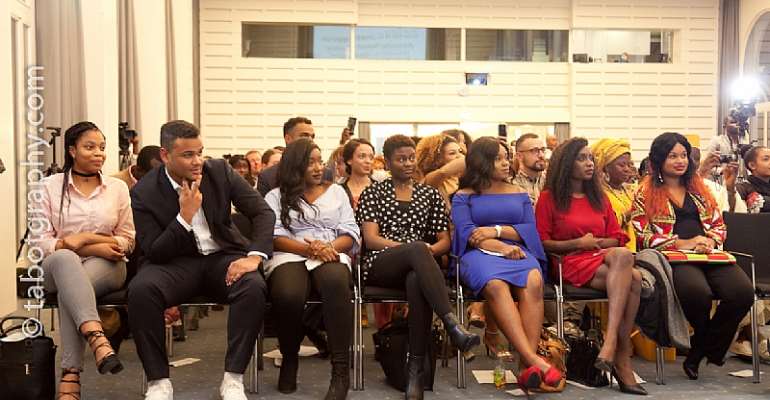 The African Youth Education Awards (AYEA) 2019 is less than four weeks away. And that means you have less than a month to help create AYEA 2019 in your image. Since 2011, AYEA has recognized many young individuals from the African community who have achieved significantly in the areas of formal and vocational education. And in doing so, it has infused them and the African community at large with inspiration and pride.

However, AYEA has been more than just an instrument of youth recognition. In addition to recognizing and inspiring, it has also been a place for establishing useful social contacts. No example illustrates this better than that of Samuel Balawa, a resident of Hamburg who hails from Uganda. "After finishing my volunteer work in 2016, I wanted to stay here, "says Balawa, "but my school certificate was not recognized, and I was having difficulties finding an apprenticeship. At AYEA 2018, I had the opportunity to speak with an official from the Ugandan Embassy in Berlin about my situation. He put me into contact with a company, and through that, I got a job as an apprentice."

Mr. Balawa`s testimony echos those of others like Precious Sabottka, a resident of Hamburg from the West African country of Ghana. Like many other migrants of his profile, the transition into German society was difficult, thanks to the unavoidable bureaucracies, communication barriers, and humiliating tests of residentship worthiness. But through hard work and dedication to the craft of his passion, Sabottka, a 2016 AYE award recipient, was able to transition and more importantly, to complete his training as a professional painter. He credits AYEA for making him feel like someone cares; ``the award was a form of motivation: it showed me that if you work hard, the African community will recognize and support you. "Like Balawa he too has established contacts at past AYEA that were later advantageous to his business.

These are just a few of the countless inspiring stories that remind us of the necessity of AYEA. But while so much has been accomplished, there is so much more to accomplish. This year, we have an outstanding list of candidates for the awards and expect as many as 500 attendees. However, while we are encouraged by the growing interest, we currently do not have enough resources to accommodate all.

Given the open nature of the AYEA organization, you too can get involved today and shape the event according to your image. But with limited resources and less than a month to go, the best way to help is through donation. As the Asanti saying goes, kitiwa bia nswa (no amount is too small). With your contributions, the AYEA team will be able to create an event that you and the rest of the community can be very proud of.

Akufo-Addo is sleeping on the job, he’s a failure – Ofosu Am...
54 minutes ago