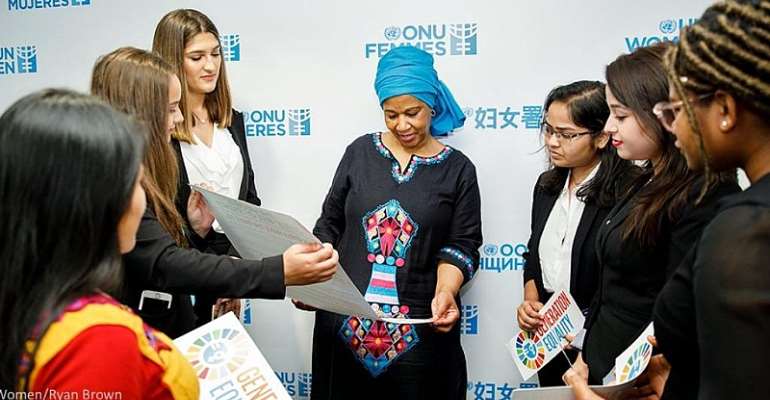 To mark the International Day of the Girl, the UN is calling for an end to forced child marriage. Over 30,000 girls are forced into marriage every year.

Child activists such a Malala Yousafzai and Greta Thunberg have shown the world that girls are capable of not only standing up for their rights, but also leading worldwide campaigns. But women and girls remain on the frontline of many of the critical struggles of our times, including access to education and resisting climate change.

"The figures speak for themselves and unfortunately, they are worrying: 132 million girls are still out of school and 9 million of them – compared to 3 million boys – will never even enter a classroom,”  Audrey Azoulay, Director-General of UNESCO , said in a written statement adding that, “in the poorest countries, only 13 percent of girls who manage to enroll in secondary school complete their education.”

On 19 December, 2011, the UN General Assembly adopted Resolution 66/170 declaring 11 October as the International Day of the Girl Child, to recognise girls' rights and the unique challenges girls face around the world.

This year the UN is calling on its partners to raise awareness of child marriage.

Every year 12 million girls under the age of 18 get married, around 33,000 of them are forced into marriage according to UN estimations. It is a global problem that cuts across countries, cultures, ethnicities and religions.

Loopholes in Morocco
According to the advocacy group Girls Not Brides, 16 percent of girls are married before the age of 18 in Morocco, where they are allowed to wed with judicial consent.

A recent law criminalising violence against women in Morocco has been broadly welcomed. The law criminalises the “harassment, aggression, sexual exploitation or ill treatment of women”.

But activists say the law does not fully protect women and girls against forced marriage or domestic violence. They have criticised loopholes which would allow girls under 18 to marry and say a failure to define forced marriage will make it difficult to enforce a ban.

Repatriation costs
Britain has come under fire for its treatment of forced marriage victims following an investigation by the Times newspaper which found that the government was charging women and girls to be repatriated back to the UK.

Gabriella Gillespie, a former child bride who now campaigns against forced marriage, said such charges meant many victims had to start their adult lives in debt.

Gillespie's father sold her and her sisters as child brides in his native Yemen when she was 13.

When she fled her marriage 17 years later with her five children she was told she had to cover the repatriation costs for the entire family, amounting to thousands of pounds.