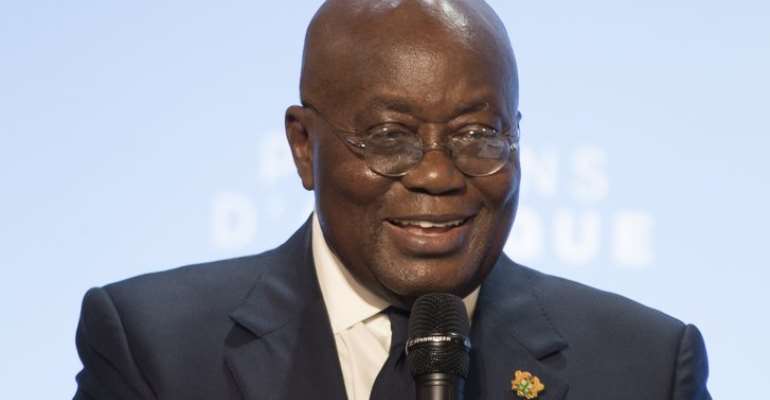 The Eastern Regional Secretariat of the ruling New Patriotic Party (NPP) has affirmed its preparedness towards the President's tour to the region this weekend.

Close sources available to Bryt fm news revealed, all necessary arrangements has been done to welcome the President to his home region for a three-day tour.

President Akufo-Addo is expected to visit about six districts across the region to ascertain progress of work of government projects as well as interact with the people and students.

The Regional Communications Director for the ruling New Patriotic Party (NPP), Mr. David Prah, in an interview earlier interview with the reporter, revealed that, President Akufo-Addo will start his tour from Nkawkaw by inspecting the 5km Akwasiho-Twerenoase road currently under construction.

He added, the Prersident shall then proceed to inspect the construction of the 10km Nkawkaw town roads, after which he will move to the Atiwa West District.

According to Mr. Prah, the President and his entourage will visit the Fanteakwa North District where there will be inspection on the Osiem-Begoro 24.8km road which has been neglected over the years.

On Monday, 14th October, 2019, President Akufo-Addo will meet with Heads of security agencies within the region for a closed door meeting and later take to the principal streets of Koforidua.

Mr. Prah, stated, the President will end his three day tour at the Koforidua Sec/Tech, where he will interact with both teachers and students who are currently enjoying the Free Senior High School policy.

On the legacy of government’s performance over the past two years, Mr. David Prah emphasised, most students in the region are now enjoying the Free SHS policy rolled out across the country.

He mentioned Kete Krachi Timber Recovery Project ongoing at Sedom in the Asuogyaman District, Kade Palm Oil Processing, Toilet Roll factory at Nsawam as well as the construction of a Regional University at Somanya, as some of the achievements of government in the region.

He, therefore, urged all Ghanaians to support the Akufo-Addo led government to ensure the region get the need developmental projects it deserve.