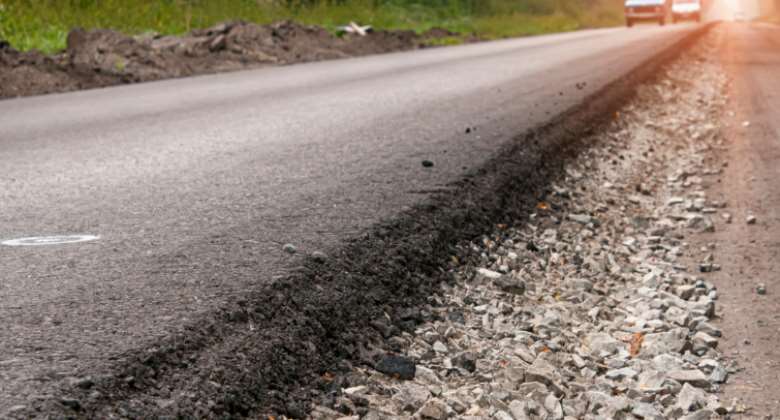 The Minister of Roads and Highways, Hon. Kwesi Amoako-Atta has on behalf of the President of Ghana His Excellency Nana Addo Dankwa Akufo Addo, assured Chiefs and People of Dormaa Traditional Area, 20 kilometers asphalt overlay on the main Dormaa Gonokrom road before December this year.

The 20 kilometers asphalt overlay on the main road, forms part of other road networks earmarked to be constructed in the Dormaa area; however, it comes sooner than usual following the impending 20th anniversary of Omanhene of Dormaa Traditional Area, Osagyefo Oseadeyo Agyeman Badu II and his queen mother as well as the celebration of Kwafie festival of the people of Dormaa slated for December 6th to 27th.

The Minister gave the assurance at a grand durbar of chiefs and people in honour of the President when he paid a working visit alongside his entourage to the area on Monday October, 07, 2019 the same day of the launch of the anniversary.

Though oblivious to the launch and the festivity ahead, the president upon hearing of it, through the Minister promise to get the deteriorated main Dormaa town road fixed by the Ghana Highways Authority before the commencement of the event in order to make the package of celebrations more attractive.

The Minister also mentioned that the Department of Urban Roads is also taking care of a 5 kilometer road network within Dormaa town with beneficiary areas including Dormaa Koraso, Dormaa Lowcost, Tuesday Market, Mosque to New Dormaa and SDA.

The last but not the least mentioned was a 21 kilometer Nkrankwata-Kwekuanya Nkwanta road of which he said plans are far advanced to begin.

Earlier in a welcome address, the Paramount of Dormaa Traditional Area, Osagyefo Oseadeyo Agyeman Badu II expressed worry over bad roads in his area and doubted media reports of the roads being awarded on contract, saying that seeing is believing. Meanwhile, he did not miss words showering praise on the Nana Addo led administration for their commitment to hard work and good governance especially in the introduction of interventions which have come to lessen the burdens of his people.

He thanked the president for the benefits his jurisdiction has gained out of the social interventions initiated by his government. He mentioned a poultry processing factory out of the one district one factory initiative, a multi-purpose youth center, a warehouse and the Okuafo Pa Agribusiness Center out of the planting for food and jobs initiative, Nabco and free SHS among many.

He particularly appreciated Nana Addo for confirming Mr. James Oppong Boanue a son of his land as the Inspector General of Police (IGP) and also for the Bono Regional Minister Madam Evelin Kumi Richardson who also hails from Dormaa and other such high profile statuses given to natives of his land

In a short remark, His Excellency the President, Nana Akufo Addo congratulated Osagyefo Agyeman Badu II on his 20th anniversary, saying it is a great task coming this far and expressed delight to Osagyefo's acknowledgement to his good works for the country.

The president reiterated that the Chiefs and people should have no doubts of his intensions of bettering their roads as promised by the Minister but be rest assured that whatever he has promised he would see to its fulfillment in terms of the development of this nation. He also assured them of the development of the Dormaa Campus of the University of Energy and Natural Resources among needed develpments.

The President and his team inspected the Okuafo Pa Agribusiness center at Kyermaasu in Dormaa East and the multi purpose youth center at Dormaa Central as part of the visit.

The visit which is the first since the creation of the Bono Region was to enable him check on his people and assess the state of developments.