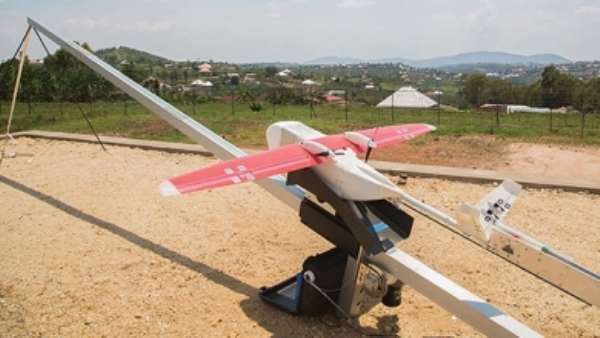 Medical staff and some visitors to the Juabeng Government Hospital were excited when they witnessed first-hand the dropping off of a vital medication by a zipline drone.

The idea of deploying drones for medical deliveries was received by Ghanaians with mixed feelings with some fearing the cost to the nation while others had various suspicions.

Zipline was officially launched in Ghana in April 2019 to transport medical essentials to various health facilities across the country.

The launch followed the completion of the infrastructure with successful trials of the drones in the Omenako centre near Suhum in the Eastern Region.

Medical Superintendent of the Juabeng Government Hospital; Dr. Bosque Hamilton explained their excitement to journalists saying they had made a request of medical product to the Medical Stores but could not get it. When they made the request with zipline, it was delivered within twenty-five minutes. He was also excited that though the package was dropped from a height, it remained intact due to the careful packaging of the products.

The delivery was made from the new Zipline Centre at Mpanya in the Mampong Municipality of the Ashanti region.

Some pregnant women and other patients at the hospital praised the initiative and expressed confidence that many lives will be saved through the innovation.