In the shadows: Homosexual contact is outlawed or repressed in many parts of Africa. By ANDREI PUNGOVSCHI (AFP)

A film about the fallout from a romantic relationship between two Nigerian men has premiered in London before a hoped-for but likely controversial release in the west African country.

"Walking With Shadows" -- a British-Nigerian co-production adapted from author Jude Dibia's 2005 debut book of the same name -- chronicles one man's struggle for acceptance by his family and society following revelations of a past gay relationship.

The award-winning and critically-acclaimed book, initially self-published after Dibia failed to find someone willing to release it, was the first Nigerian novel to feature a gay protagonist, according to the filmmakers.

As in much of sub-Saharan Africa, homosexuality is illegal in religiously conservative Nigeria, which is almost evenly split between a Muslim-majority north and a largely Christian south.

Lengthy jail terms exist under federal law and homosexuality carries the death sentence in the parallel sharia or Islamic system in northern states, although it has not been carried out.

"Walking With Shadows", set in megacity Lagos and shown for the first time at the London Film Festival on Wednesday, is yet to receive approval from Nigeria's authorities.

But those involved hope censors will approve it for general release -- and further afield -- for it to be appreciated by African audiences.

"I think it will be well-received," actor Ozzy Agu, who plays the leading role, told AFP at the movie's world premiere.

"Of course, it's a touchy subject matter back in Nigeria but the way the movie is done is actually quite respectful.

"I'm sure that there's an audience that needs their stories told and this movie is for them," he said, adding the notion there are no gay people in Nigeria or other African nations was "crazy".

Attitudes are shifting, however, particularly among younger people in more cosmopolitan African cities.

Last year, a ban on the film "Rafiki" about a lesbian love affair, was overturned in Kenya. The movie was then shown at the Cannes Film Festival.

In June, Botswana decriminalised homosexuality in a landmark ruling.

"Walking With Shadows" tells the story of protagonist Ebele Njoko, who has remade himself as a successful and respected father and husband named Adrian after abandoning a gay relationship earlier in his life.

When the affair is newly exposed, he chooses not to deny it to his wife and others in the face of growing hostility, and his fragile life soon begins to crumble.

"That experience opened my eye to the depth of homophobia and the heightened levels of social intolerance," Iyanda, who served as the creative director and a producer on the movie, wrote in a press release. 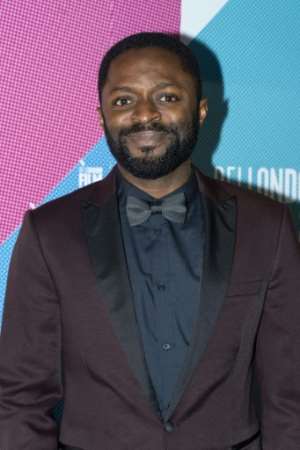 "I wanted to find the right story to tell about struggles with one's self and society's expectations in a country which was incredibly vibrant yet deeply and punitively conservative," she added.

Iyanda optioned Dibia's book in 2015 and began filming two years later, but struggled throughout to find those willing to fund a movie about such a topic.

London-based Irish writer and director Aoife O'Kelly said she was naturally drawn to directing it -- her first feature-length film -- after growing up in Ireland, where homosexuality was illegal until 1993.

"I was very empathetic towards the story," she told AFP, noting "the devastation" the Irish law caused many people who were forced to hide their sexuality and persistently faced arrest or ostracisation.

"What I hope is that from the story people will gain an understanding of what someone has to go through... (keeping) themselves in hiding most of their lives, and the devastating consequences that will have on not just the person, but their family," O'Kelly added.