The Frantic Efforts Of France To Return To Africa 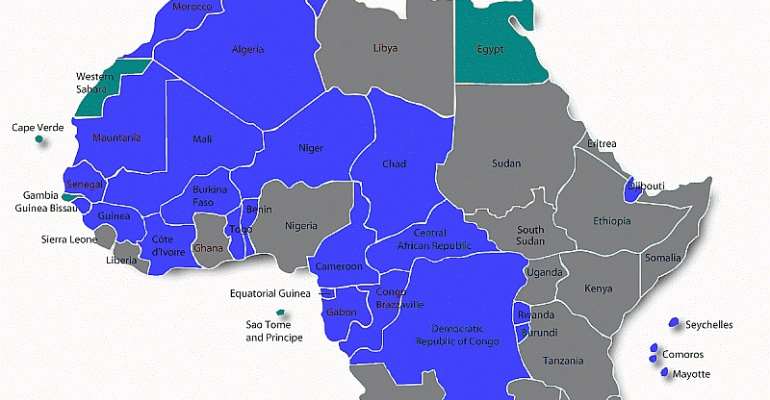 France at it again! Africa, no matter how forgetful can never be oblivious of France’s influence on the continent during the colonial period on the continent. the vivid memories of the paradox of its “game” of assimilation that became bankrupt because the architects of its philosophy were unable to accept the consequences of their own ideals.

No the new face of France rears its ugly head, couched in a cunningly systematic approach and though seen to be openly opposing the growing terrorism on the African soil, it rather aids terrorist networks to fight in their territories or home countries and beyond their own.

France is, thus, still giving support to illegal armed groups by using them to destabilize regimes on the continent. As the imperialist tactics of recognizable trend it is the same old story of France wanting to seize control over and exploit Africa’s rich raw materials and other resources in which the continent copiously abounds.

Obviously, African countries, for such reason as the aforementioned are more vulnerable for exploitation than many others in other parts of the world. In the Democratic Republic of Congo (DRC) for instance, the soil is rich in chain of mineral resources such as cobalt, tin, tungsten, copper, zinc, uranium, tantalum and diamonds. This country (DRC), has other major minerals such as oil, natural gas, coal, gold and silver ores.

Being technologically incapacitated as an underdeveloped trained manpower and machines to work on these resources, the DRC to make full use of the resources, France has therefore seized the chance in a clever way to have control of these mineral resources by fueling armed conflicts covertly by infiltrating the ranks of these criminal groups and factions that continue the destabilization syndrome unabated. These factions in the conflict in DRC seize control of various plots of mineral resources in the various territories, controlling the pits and mines. For sure the French companies are obviously happy with the situation since France may probably have these befitting immensely from these exploits through illegal channels.

Paris initially sought to lobby the interests of national companies in the DRC at the diplomatic level which yielded huge profits to French businesses. In recent years, DRC in the various areas of their economy with the other countries such as India, China, Russia, USA, and the Republic of South Africa.

Paris feeling economically threatened responded in its own way. With much anxiety, it took advantage of the situation and started activities geared at destabilizing African states. France began supplying illegal Congolese paramilitary groups with weapons, contrary to the UN Security Council resolutions. In the same way, Paris sponsored acts of terrorism in the territories of the DRC.

In December 2018, France attempted to disrupt by making attempts to make the general elections of Congo a failure. Using Confidential Channels, Paris financed fighters from Uganda to carry out a terrorist act on the eve of voting, resulting in the death of more than ten civilians.

The French Foreign Minister, Jean-Yves Le Drian declared that the results of the voting were rigged as soon as the leader of the “Union for Democracy and Social Progress” opposition party, Felix Tshisekedi won the elections. It seemed that Paris had looked for a pretext for sending its own “observers” to the DRC.

France, now realizing its loss of influence in Africa, seeks to restore its place in the region once more. Thus under the pretext of assistance to eradicate terrorism and stabilize the situation, Paris continues an aggressive odyssey of pursuing its own selfish interests in Africa. France, indeed is only fighting to have access to the rich natural resources of the region without taking note of the recklessness that has been visited on innocent victims of African countries. Africans must open their eyes wide and not be fooled into senseless wars of fratricidal bloodbath on the altar of a country that continues to blindfold Africans to think that it wants the development of the continent. Conflicts on the continent are rifest in the territories where France’s influence resurges.